New Delhi, 18 June 2015: After launching the unique RS6 Avant in India, Audi has now launched the updated avatar of their popular SUV, the Q3. Since its initial launch in India in 2012, the Audi Q3 has been the most successful model in its segment, and Audi aims to prolong it with this refreshed model. The new Q3 follows Audi’s mantra of “Start Young, Live Big”, and is positioned as a car for young achievers who have succeeded in making a mark in their respective fields. 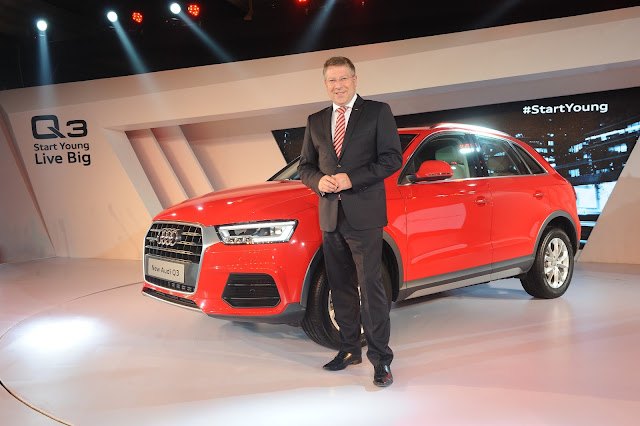 “It’s no secret that the Audi Q3 is one of the most popular models in our product portfolio. The car has been a winner ever since its launch and still excites the young achievers. However, Audi believes in constant innovation and improvements and we are happy to bring the new Audi Q3 to our Audi enthusiasts. We are confident that the new Audi Q3 will bring in many new members to the Audi family much like it did since its launch and will further strengthen our dominance in the compact luxury segment in the land of quattro – India,” said Mr. Joe King, Head, Audi India.

The new Q3 is Audi’s fifth launch this year, after the Audi R8 LMX, the new Audi TT Coupé, the new Audi RS 7 Sportback and the Audi RS 6 Avant. With an aggressive plan to launch ten new cars this year,  the company aims to have at least one new car in each segment of their comprehensive product portfolio.

The refreshed Audi Q3 now features Audi’s characteristic LED lighting system. For the first time on the new Audi Q3, LED day time running lights have been offered that are extremely energy-efficient. Audi offers them in combination with the dynamic turn signals integrated into the new redesigned LED taillights. These intuitive turn signals illuminate sequentially within two-tenths of a second from the inside out in the direction the driver intends to turn. 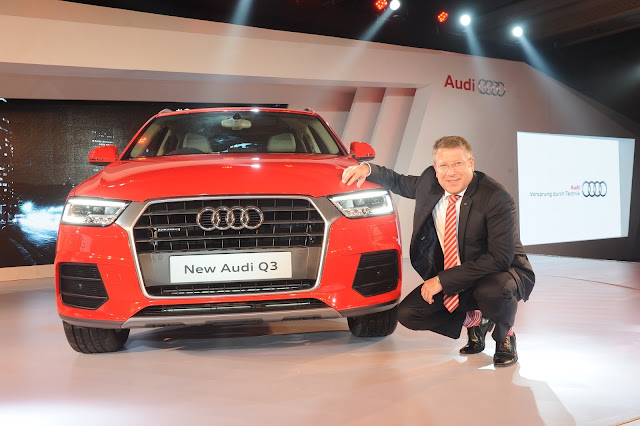 The new generation Audi Q3 comes with a long equipment list. This includes features such as the LED interior lighting package and the power-adjustable front seats. The new Audi Q3 also comes with the MMI® Navigation System and Parking System Plus with Rear View Camera, along with the Audi Sound System. The infotainment system includes Audi Music Interface, a 20 GB Jukebox, two SDHC slots, and Bluetooth Connectivity and Streaming.

Priced at INR 28,99,000 onwards (ex-showroom New Delhi and Mumbai), the new Audi Q3 is available at all Audi dealerships across India.