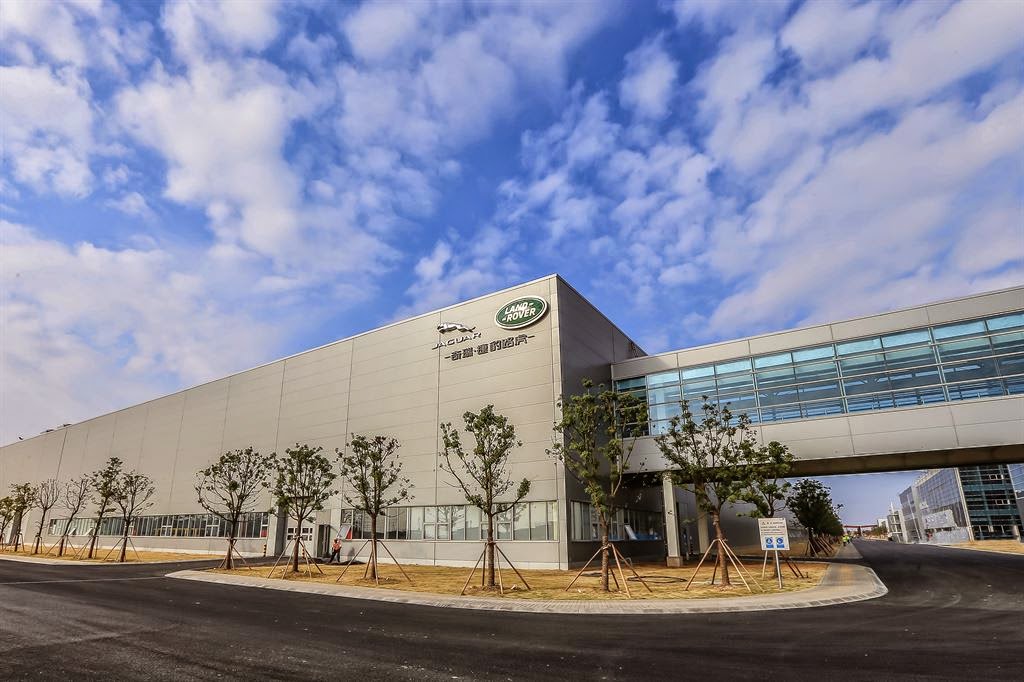 The 400,000 sq.m. facility took two years to construct and is located in the Changshu Economic Development Zone north of Shanghai. The factory is part of a RMB 10.9 billion joint venture investment.

Dr Speth said: “The opening of this world-class facility is an important milestone for Jaguar Land Rover. Since its launch, one in five Range Rover Evoques have been sold in China. Our decision to manufacture the Range Rover Evoque in Changshu is a result of our commitment to bringing more Chinese vehicles to Chinese customers.”

By 2016, the facility is expected to be building three Jaguar Land Rover models with total production capacity of 130,000 units a year. Those vehicles will be manufactured in highly-automated press shops – including cutting-edge aluminium and steel technologies – along with a steel body shop comprising 306 robots, an energy-efficient paint shop and an ergonomically-friendly final assembly line.  A new aluminium body shop, the first in China, is already under construction, at the Changshu facility, to support the introduction of new Jaguar products.

Significant investments have been made to train more than 2,000 new people in health and safety standards, process systems and problem-solving, as well as the company’s quality-control processes and corporate culture.

Jaguar Land Rover first established a presence in China just over a decade ago and has a long-term commitment to its Chinese customers. Once fully operational, output from the new state-of-the-art facility will include new derivatives and models specially designed for the Chinese market.

Jaguar Land Rover established its national sales company in China in July 2010, and has more than 400 employees. In the last fiscal year,  they sold more than 100,000 vehicles in China, making it Jaguar Land Rover’s single largest market.