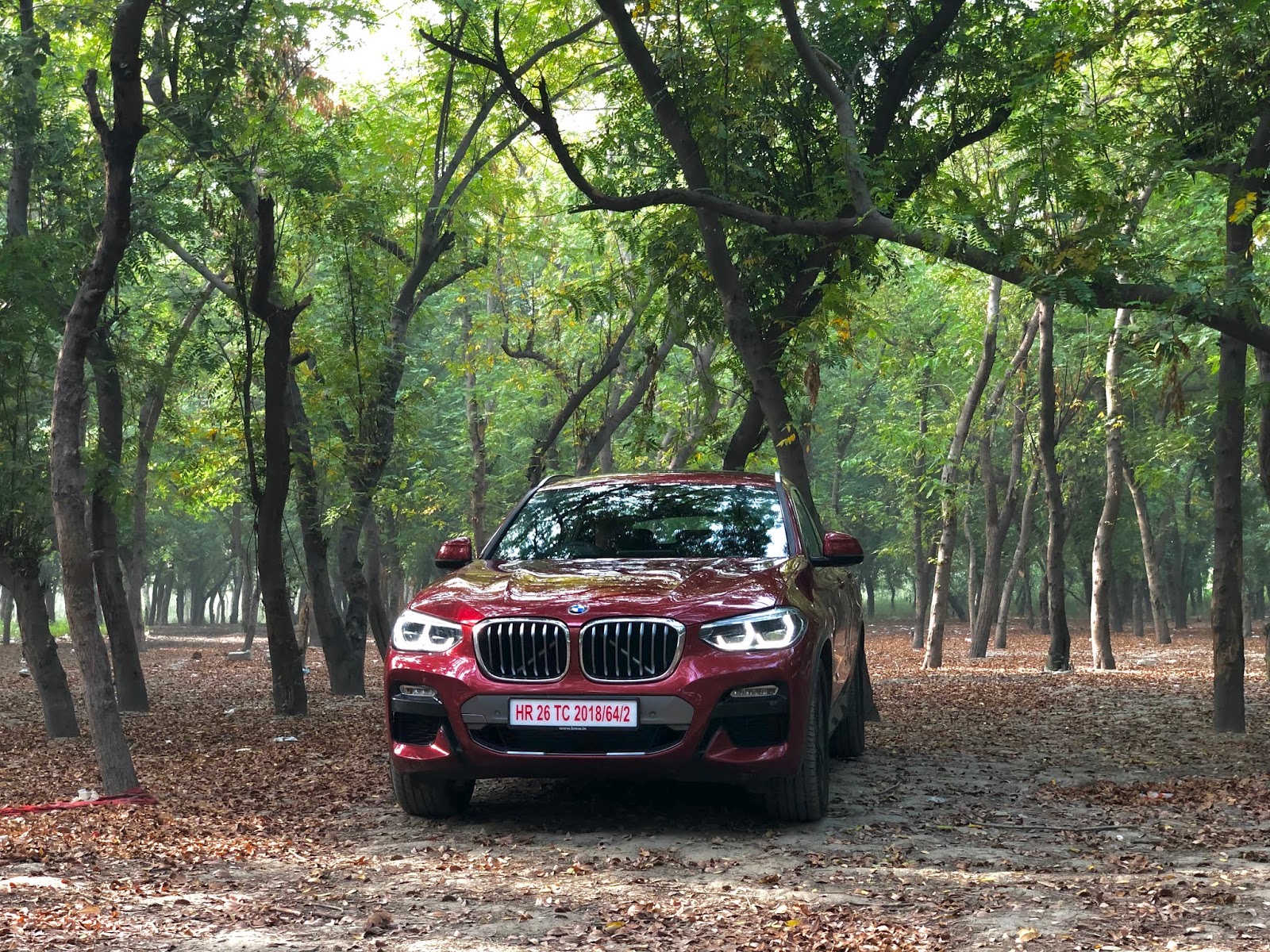 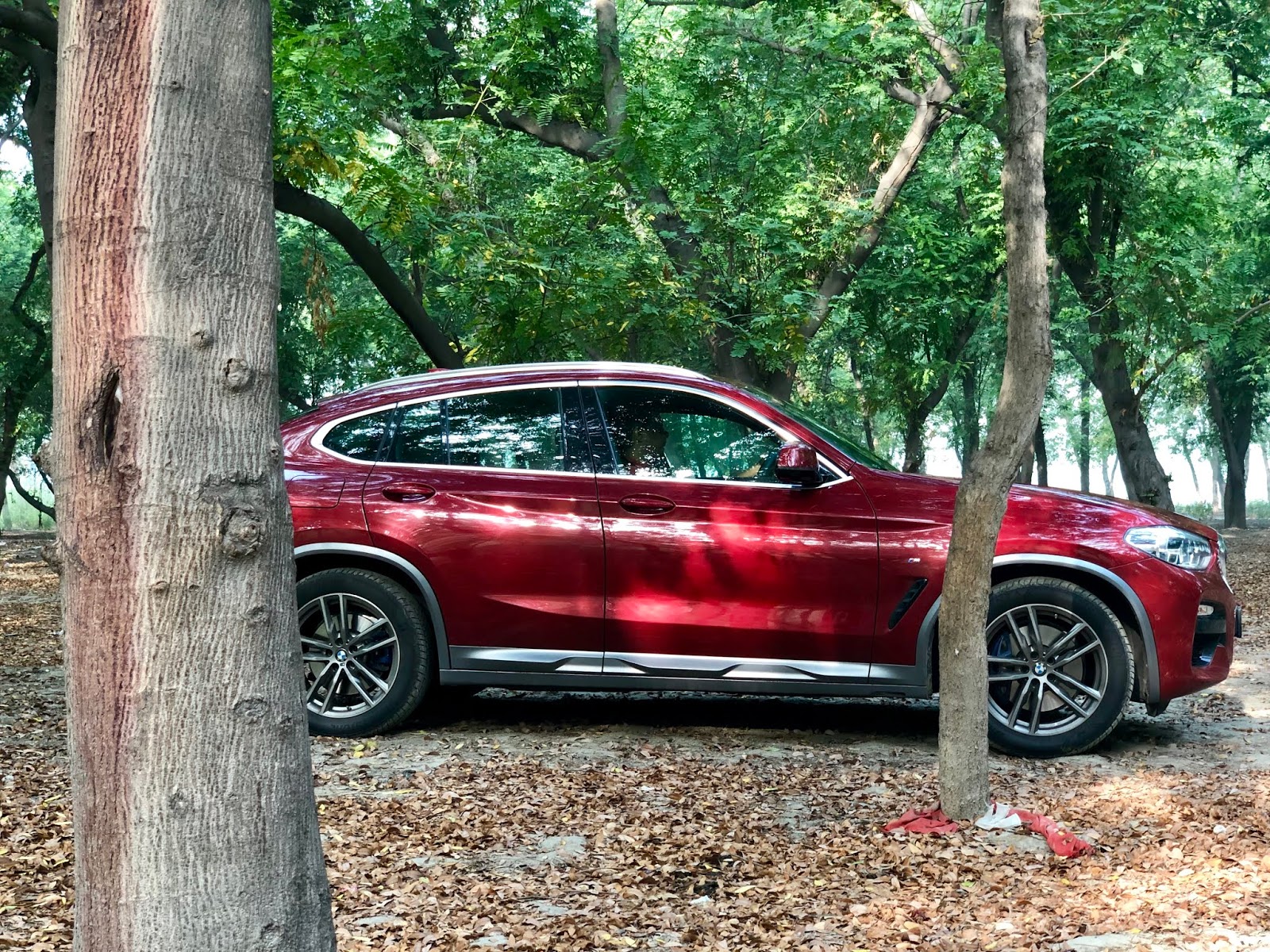 BMW has for long been a pioneer in creating cars that cannot be slotted into existing categories. With an extremely complex and often confusing product portfolio, they have a knack for creating new segments, where others struggle to compete. Take the 6-Series Gran Coupe for example – which is a 4-door version of the 2-door version of their 4-door car. It gets confusing, but sometimes in the process of pushing the limits of existing segments, they do create some truly unique vehicles that do not fit into traditional slots, but mesmerise nevertheless. The new BMW X4 is one such offering. It promises an exhilarating experience the moment you step in. With oodles of poise, presence and performance to match.

Just like the BMW X6, the X4 is a ‘Sports Activity Vehicle’ or SAV, offering both SUV and coupe like features. Based on the X3 platform, it combines the ride height and four wheel drive characteristics of an SUV with the stylish demeanour of a coupe, with an elegantly sloping roofline and sporty styling. But is it really the best of both worlds? We spent a fortnight with the X4 xDrive30i M Sport (petrol variant) and were pretty impressed with what we encountered. But does it really make for a sensible buy?

In terms of design, the new generation X4 is a huge improvement over the original F26 X4 which was launched in 2014. While that car had a front fascia which seemed like it was perpetually angry, the new G02 X4 fixes those aesthetic issues with a more balanced design. The familiar signature kidney grille is even bigger now, to keep it in line with the rest of BMW’s offerings. The X4 takes design cues from its bigger sibling, the X6, but has a more proportionate design than the larger car. The blacked out air intakes on the front give it a mean-looking character, and the sharp creases on the bonnet gives it some added edginess. At a glance, this vehicle looks intensely sharp. In fact, sharpness is a design attribute that finds its way all around the X4, with the strong shadow line running from the front arches to the rear door handles giving it an athletic profile. The sloping roofline gives it an unmistakable presence on the road, and the X4 turns heads wherever it goes. The M Sport version that we had added some brushed gun-metal grey side skirts as well, along with a sportier rear bumper and large 19″ M Sport alloys with cool blue brake callipers. At the back, the X4 sports a subtle roof spoiler to go with its angular tail lamps. The dual exhaust pipes on the 30i model, combined with the grey cladding on the bumper finishes off what is a very well balanced and muscular exterior design. The X4 certainly looks the part of a sporty ‘SUV coupe’, and BMW has done a fantastic job to set it apart from vehicles such as the Mercedes’ GLC Coupe. 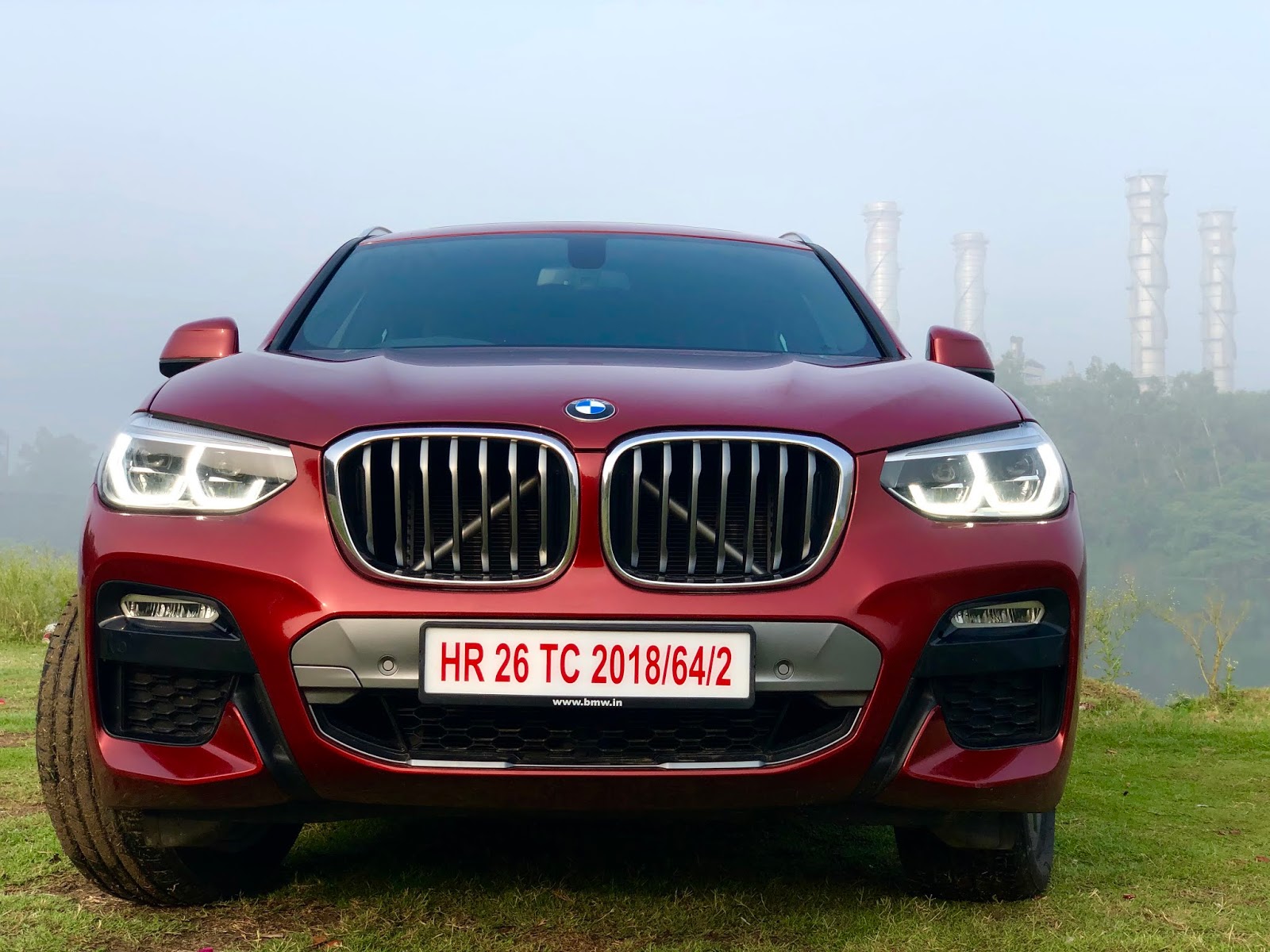 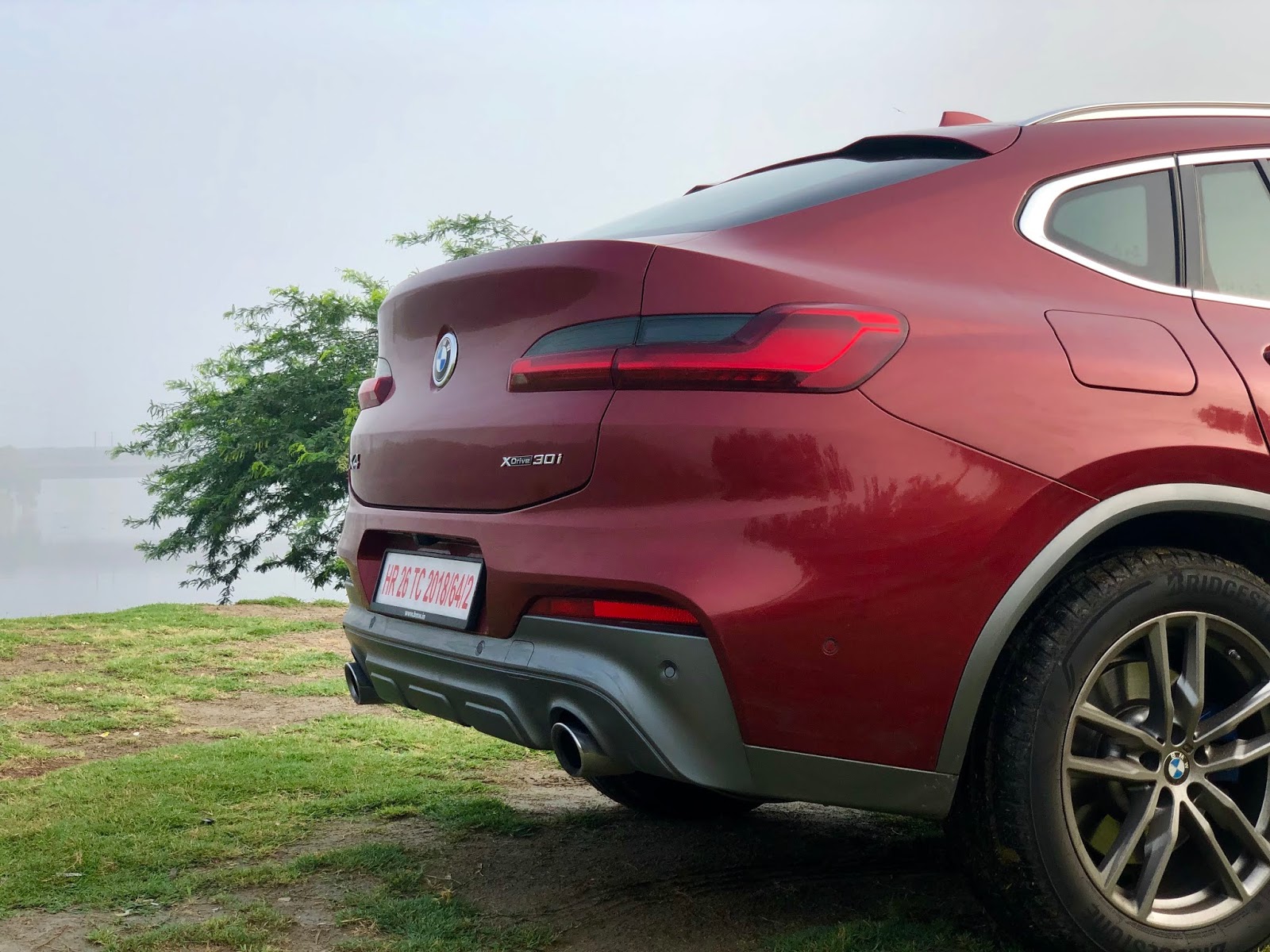 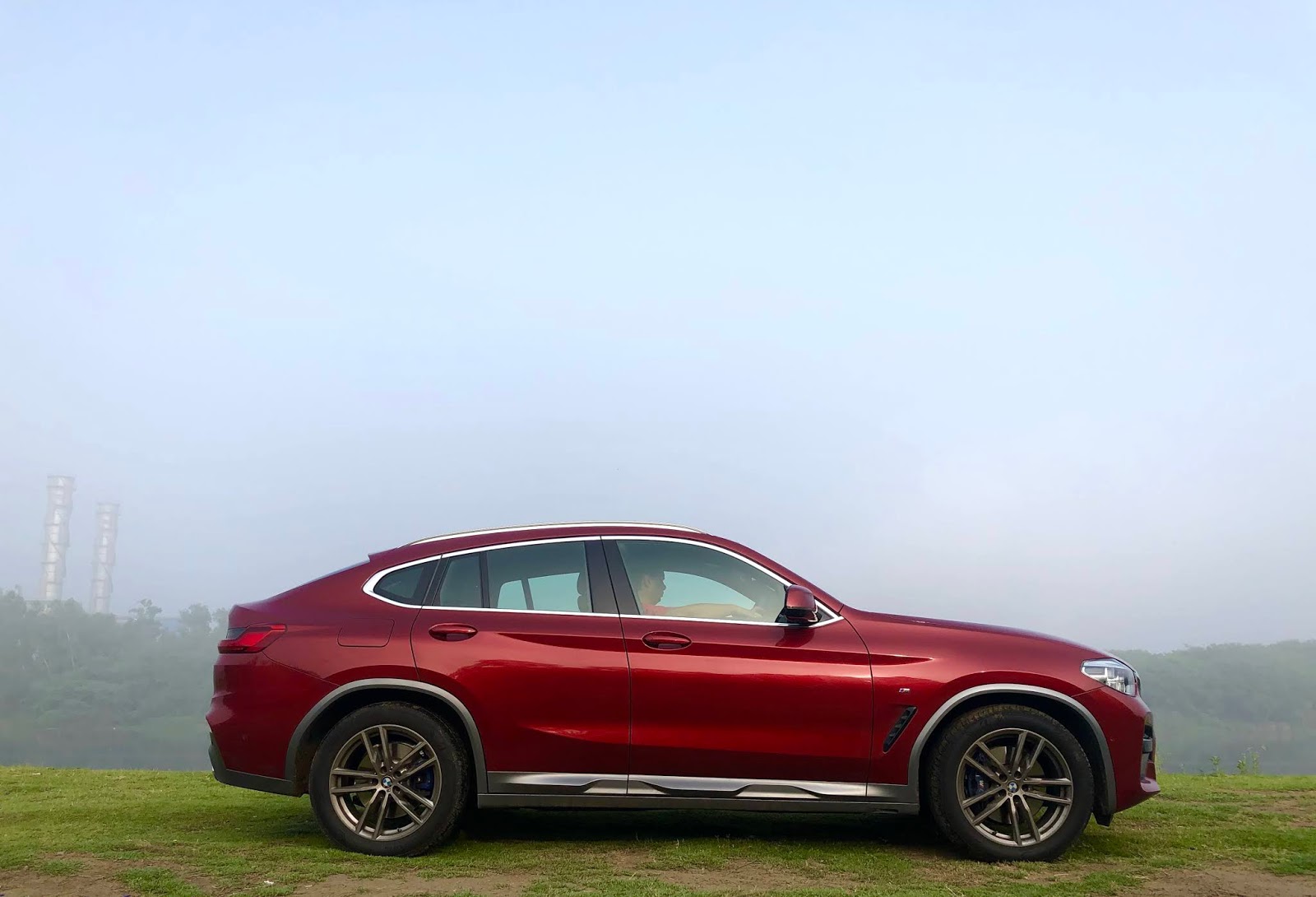 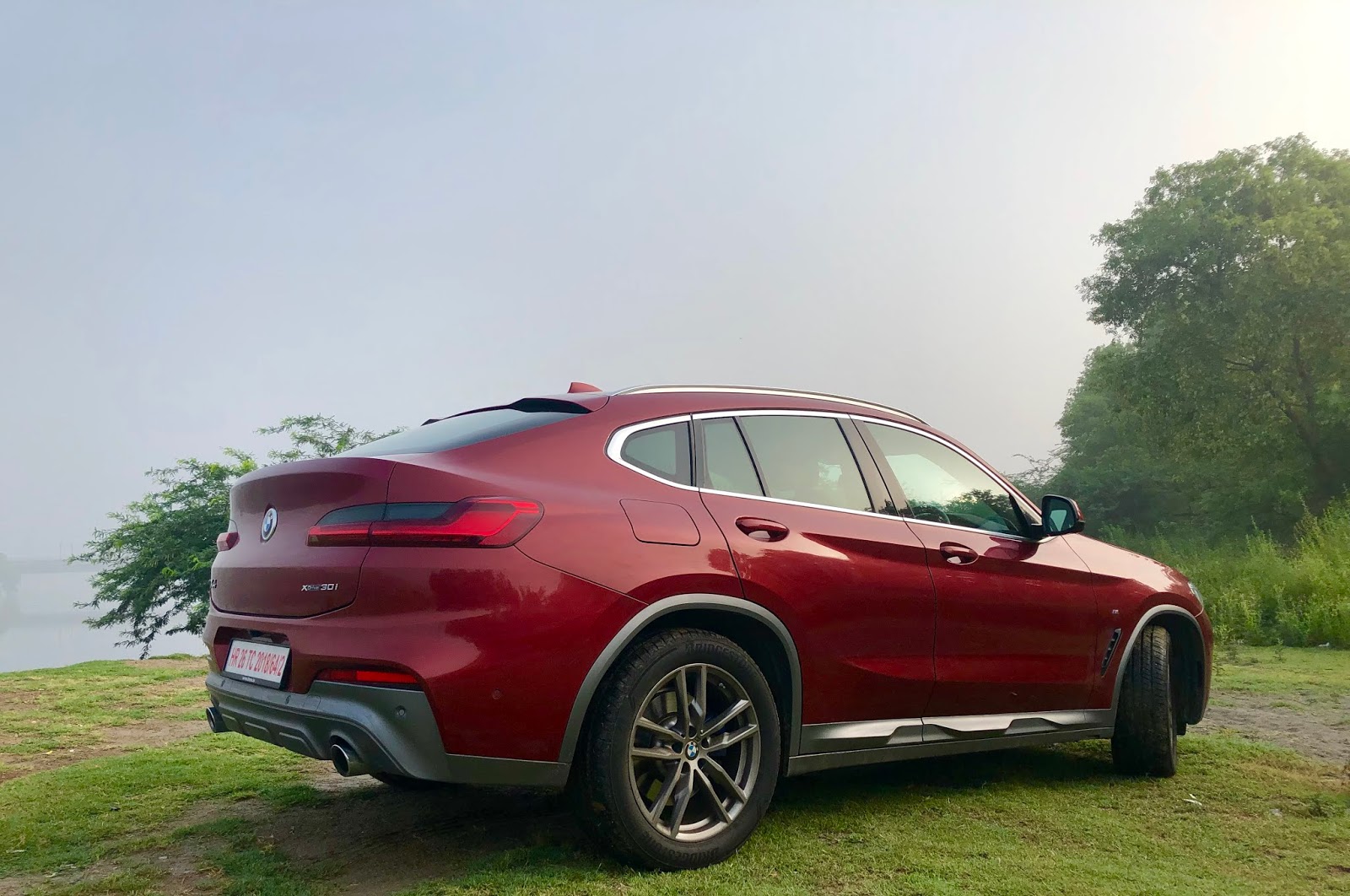 The interior of the X4 is similar to the X3 in many ways and the familiarity is rather comforting. It is unmistakably BMW, with top notch material quality, exquisite detailing, fit and finish. The dash design is rather driver centric, making it amply clear that this is an out and out driver’s car. The leather clad dashboard is dominated by the large touchscreen infotainment system, which gets BMW’s latest iDrive system. It is incredibly responsive, easy to use and navigate through while driving, and the inclusion of Apple CarPlay and a wireless charging pad makes life easier on the move. The gesture control system, though more of a gimmick, is something that easily impresses if you are in a mood to show off. The M Sport package adds a sportier steering wheel and impeccable red stitching on leather across the all black cabin. The X4 also gets a digital driver’s display which changes according to the driving mode in use. The customisable heads up display is a great addition as well, and the ambient mood lighting in the cabin offers a wide range. The X4 features an extensive equipment list with lots of standard kit, including 3-zone automatic climate control, a premium Harman Kardon sound system and a huge panoramic sunroof. Other usual features include automatic headlamps and wipers and electronically adjustable front seats. It also comes with an optional digital touch key with display, that allows you to view vehicle information and control the car remotely. But be prepared to shell out some hefty bucks for it.

The X4’s cabin is a comfortable place to be, but the rear seats aren’t as cushy as other BMW SUVs. While the rear seats do get a recline feature, the angle till which you can recline is very limited, and the seat backs feel too upright. Rear legroom is ample but not the best, and the sloping roofline makes the rear feel cramped for people over 6 feet. All this was to be expected though, as the X4 was never supposed to be very practical on that front. Given a choice, the front seats are where you would prefer to be, and the driving position can be adjusted to be either low slung & sports car like, or a commanding high that gives you an all round view of the road ahead. Whichever way you prefer it, the X4 driving dynamics are adaptive enough to slip into character in no time. What’s not great though, is visibility at the rear which is next to nothing thanks to the sloping roofline. The rear also feels a little cramped due to the high window sills, but releasing the massive sunroof helps brighten things up a bit. What the X4 excels at is storage space, and the door pockets on all four can hold large bottles and more. There are cup holders both at the front and back, and the centre armrest is deep enough to store a few things as well. Boot space on the X4 is reasonable, and the hatchback design makes loading and unloading a breeze. As standard, the X4 comes with an electrically operated tail gate. Other than that, ergonomics are on point, and you are always likely to intuitively find things where they should be. 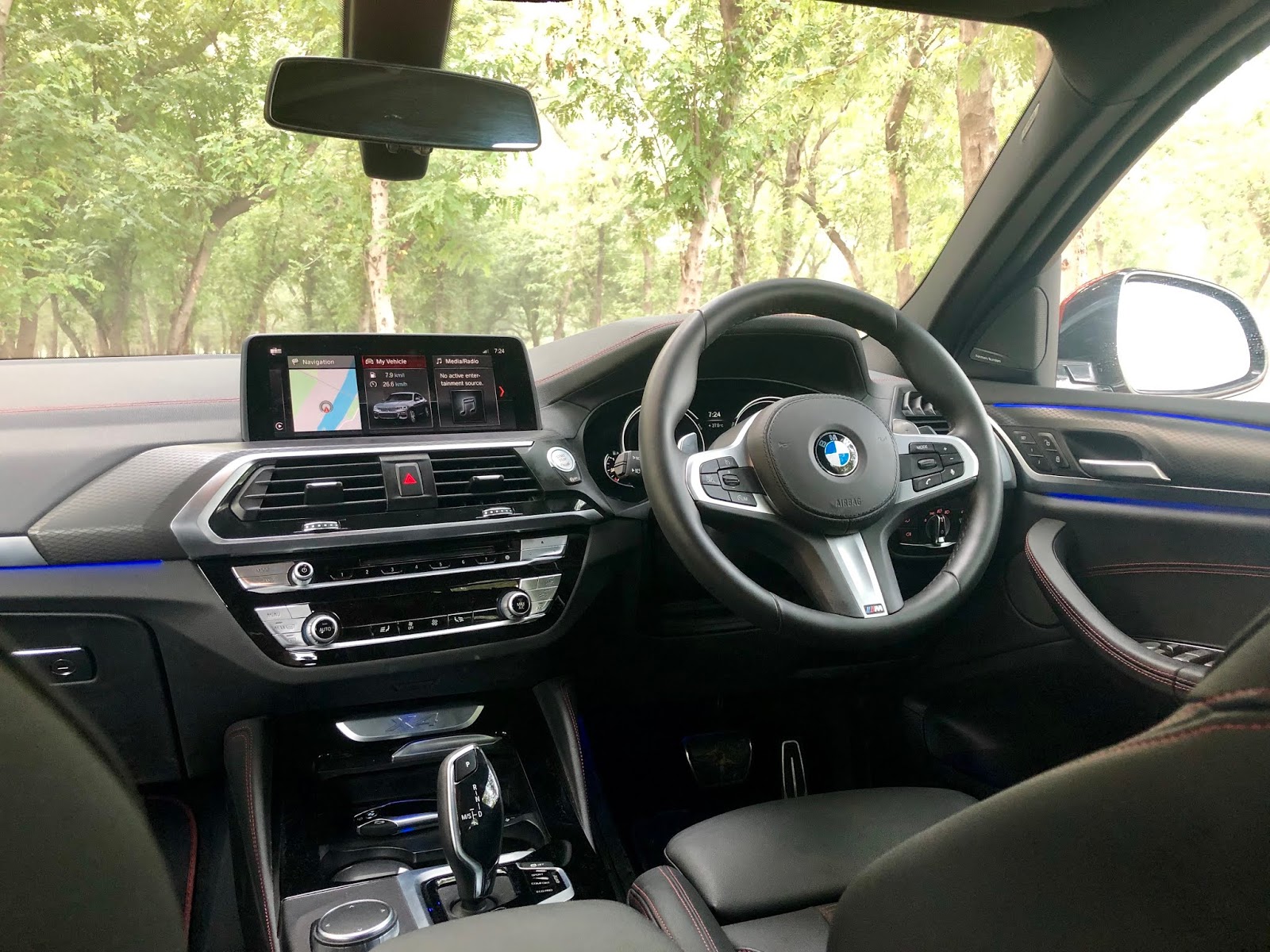 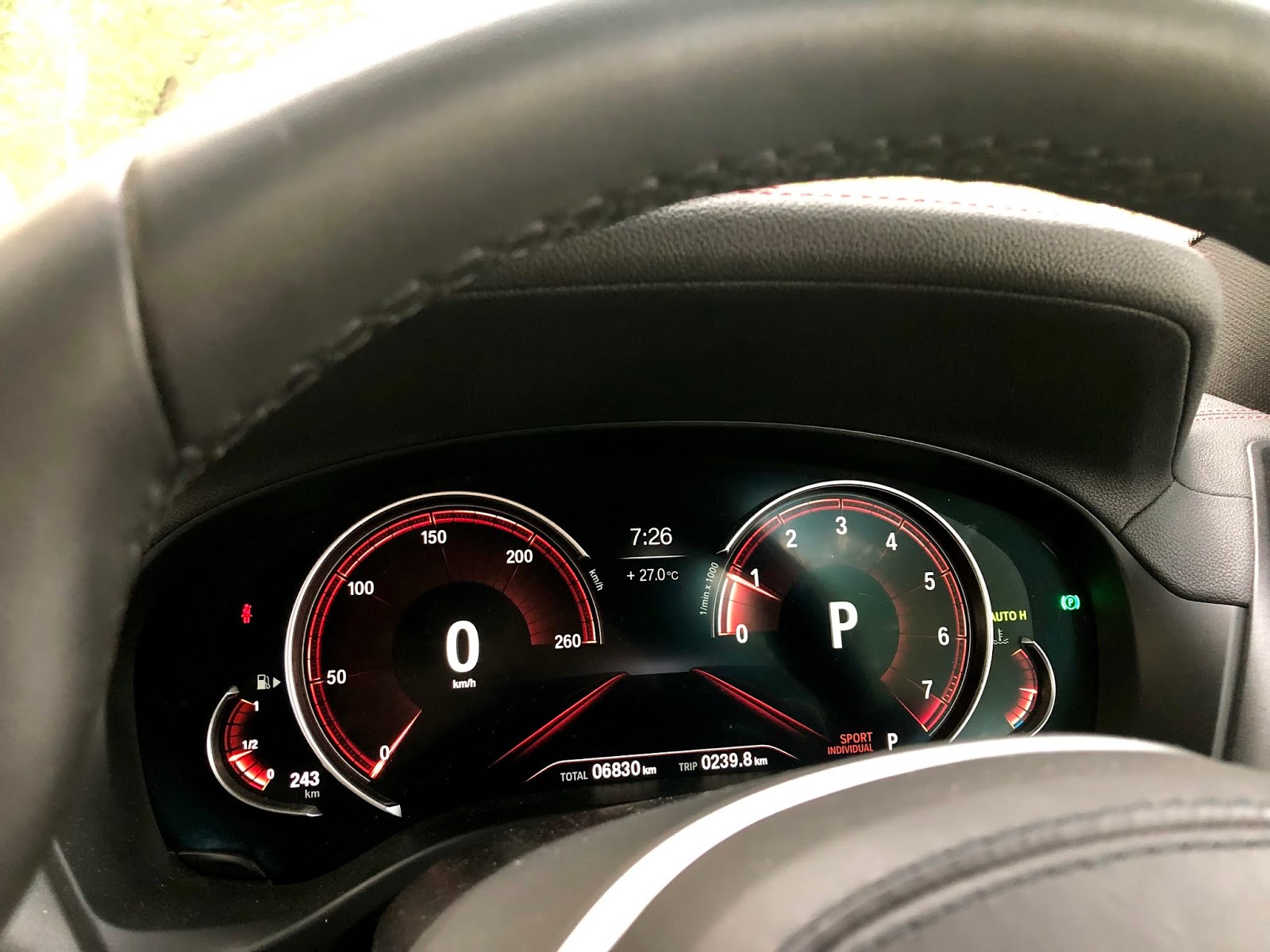 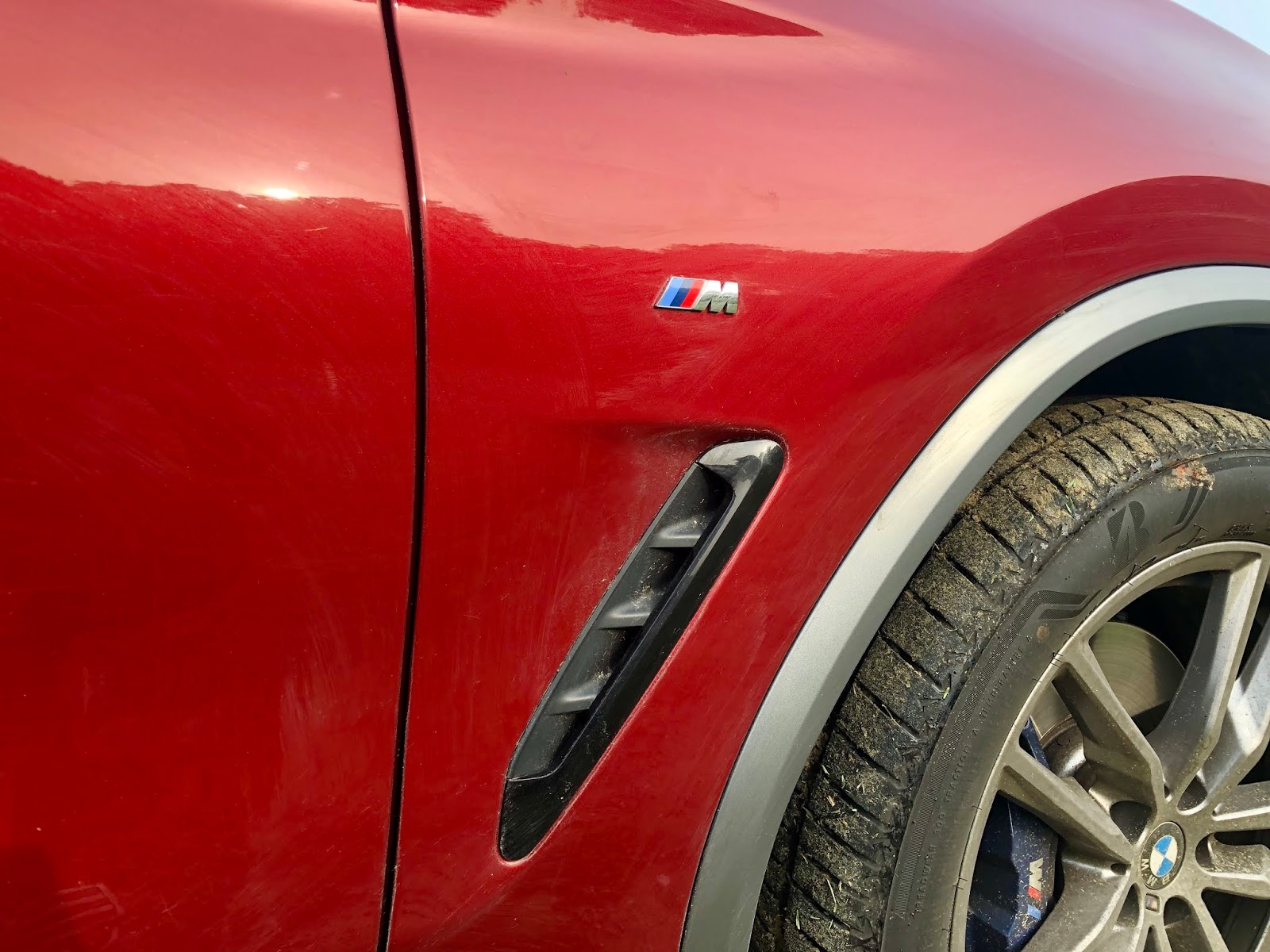 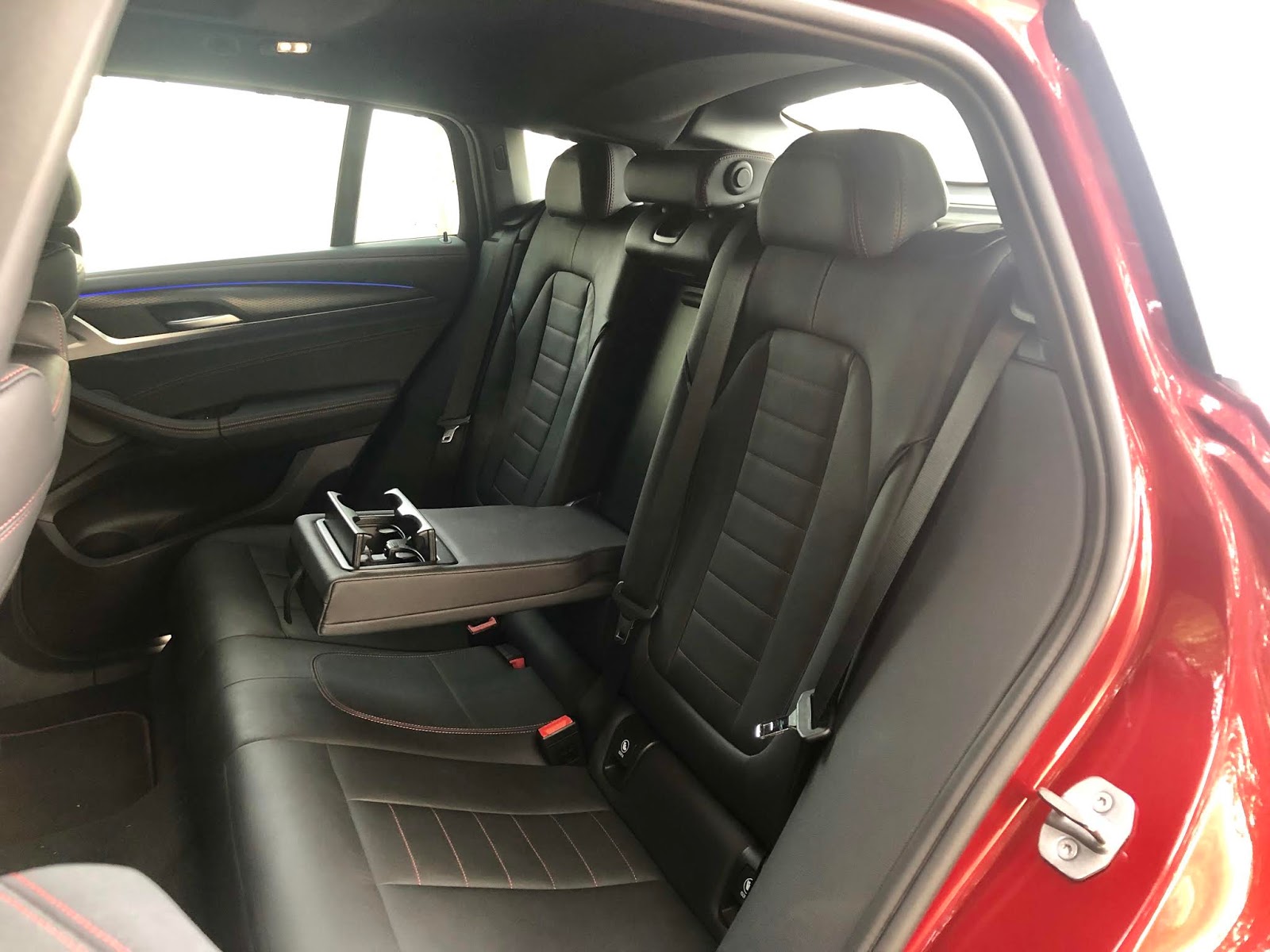 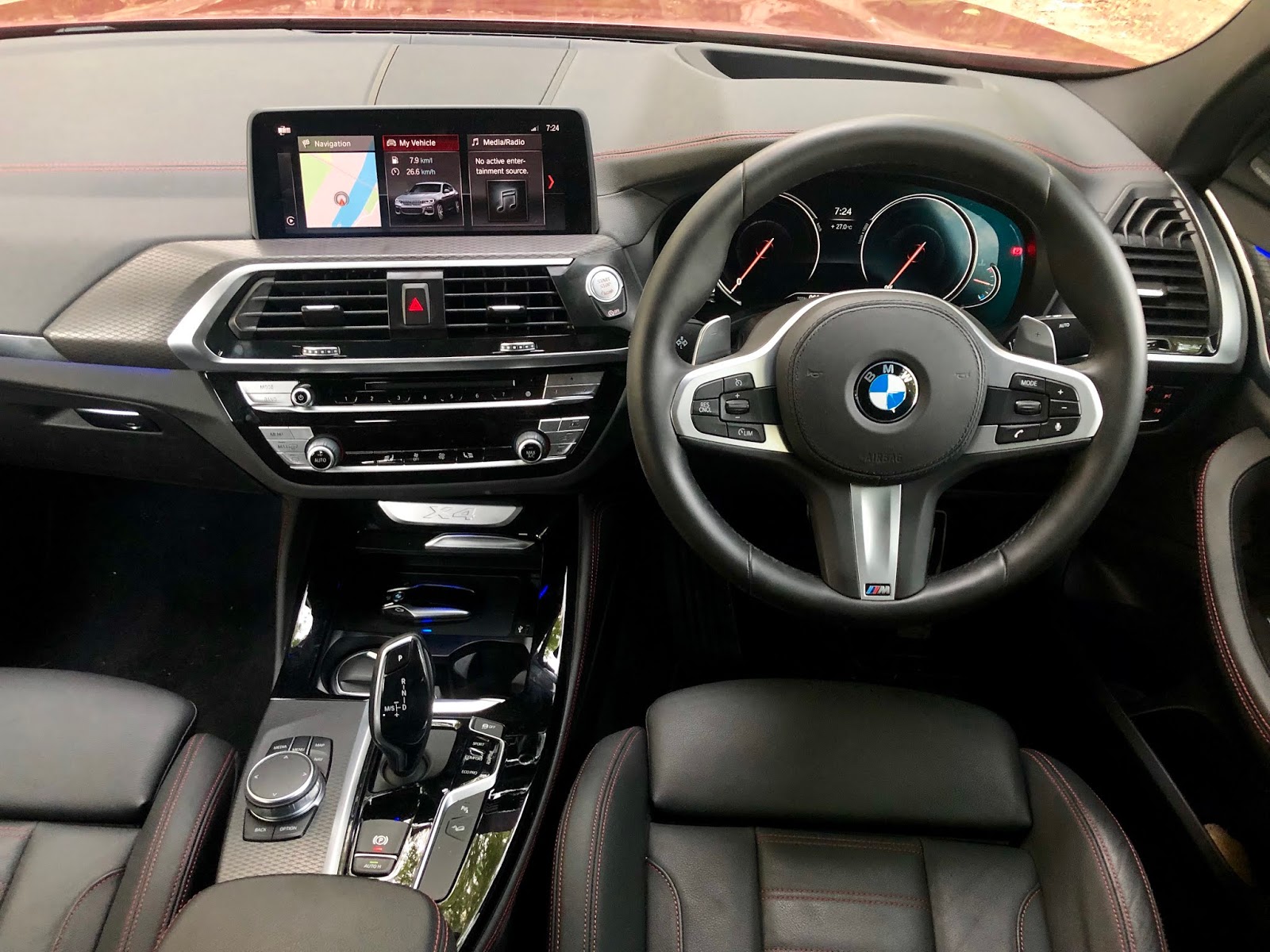 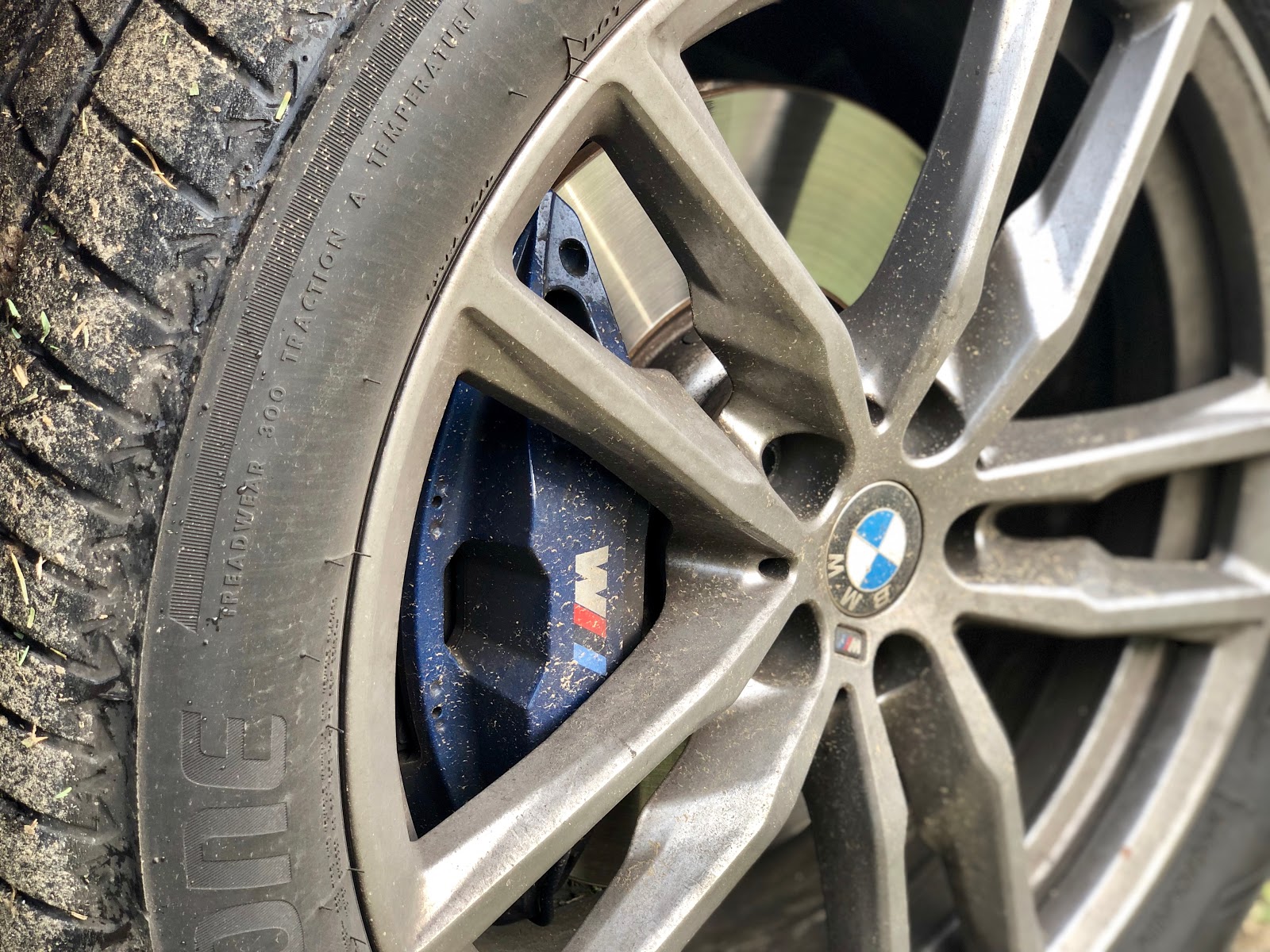 The X4 comes with both petrol and diesel options, and the xDrive30i we had is the only petrol on offer. The TwinPower Turbo 2.0L 4-cylinder motor produces 252 BHP and 350 Nm of torque. While torque figures naturally lag behind the diesel counterparts, the power delivery of the petrol makes it immensely sweet to drive. Coupled with BMW’s masterful 8-speed automatic transmission, that can be set to a default Drive, Sport or Manual mode, the X4 in its petrol guise leaps ahead at the command of your right foot. Or a flick of the wrist. The car has 3 driving modes – Eco, Comfort and Sport. While Eco minimises the performance considerably, it does help slightly with fuel efficiency. Comfort mode successfully tames the engine for everyday use, but the X4 remains eager to accelerate when you put that foot down. The gearbox takes a split second to kick down at times, but overall performance remains quite engaging, even in comfort mode. Switch to Sports or Sports Plus mode though, and the X4 changes character. The throttle response becomes instantaneous, the steering sharpens and weighs up, and the suspension becomes stiffer to aid stability when cornering. You can almost feel the car hunkering down, and the X4 feels planted no matter what you put it through. When in Sports mode, the transmission becomes even quicker when left on auto, though you can always take matters into your own hands by switching to the paddles.

Driving the X4 at high speeds doesn’t just make you wonder how it does what it does; rather, it just leaves you in amazement that it can do it at all. The X4 feels no bigger than a 3-Series while cornering, and that’s a commendable achievement for a car of this size and weight. There is no body roll through corners, and the X4 remains stable at all times. The steering is direct, although we would have liked some more feedback. The X4 is a driver’s car through and through, and it definitely provides a better driving experience than its SUV siblings. While the suspension is set up slightly on the firm side, the X4 still manages to go over uneven road surfaces with relative ease and comfort. The ride quality is quite sublime and none of the road or wind noise is allowed to filter in. While the X4 does have all wheel drive and will handle some light off roading, it is best suited for the tarmac. That’s what it is made for. 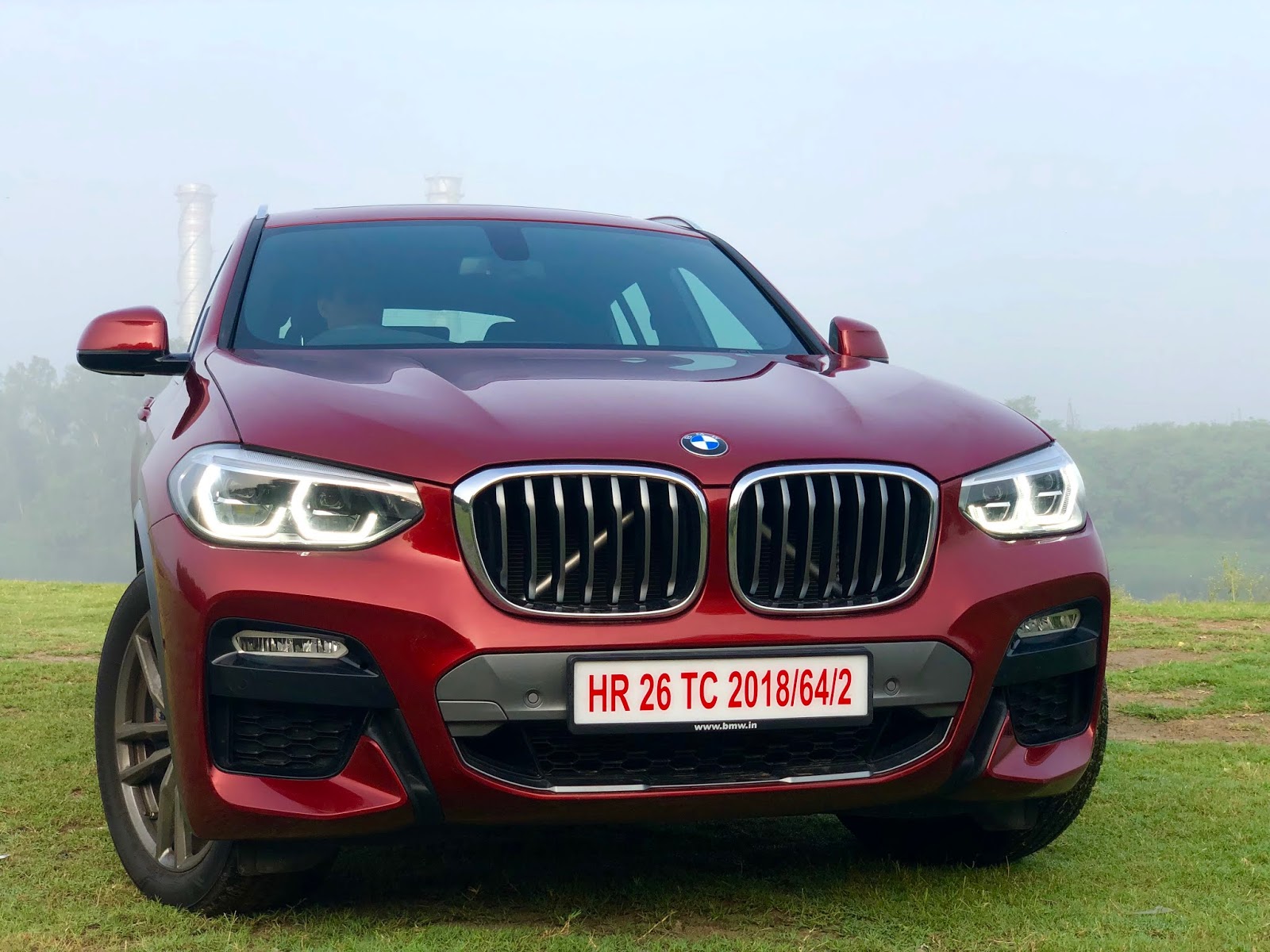 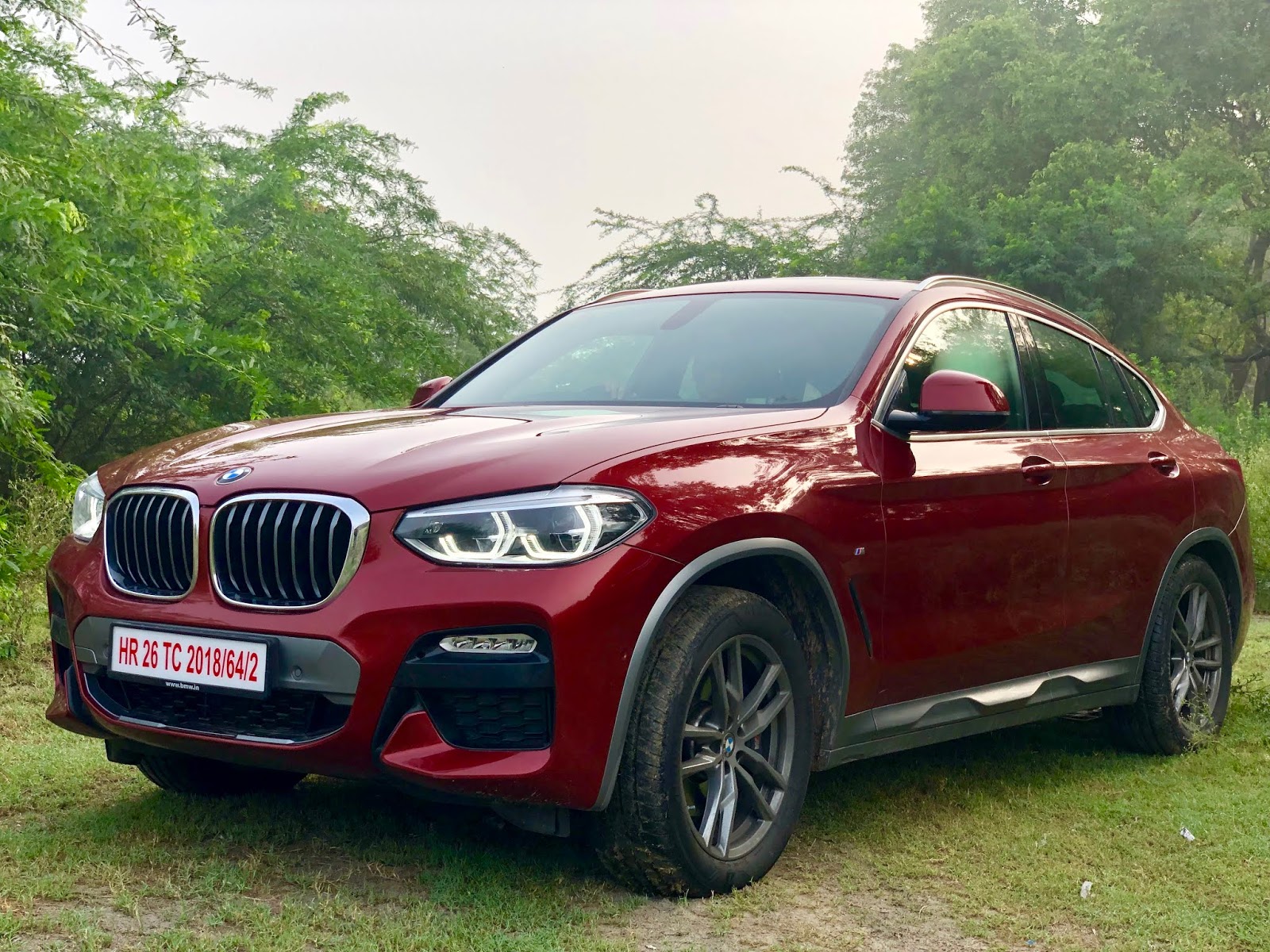 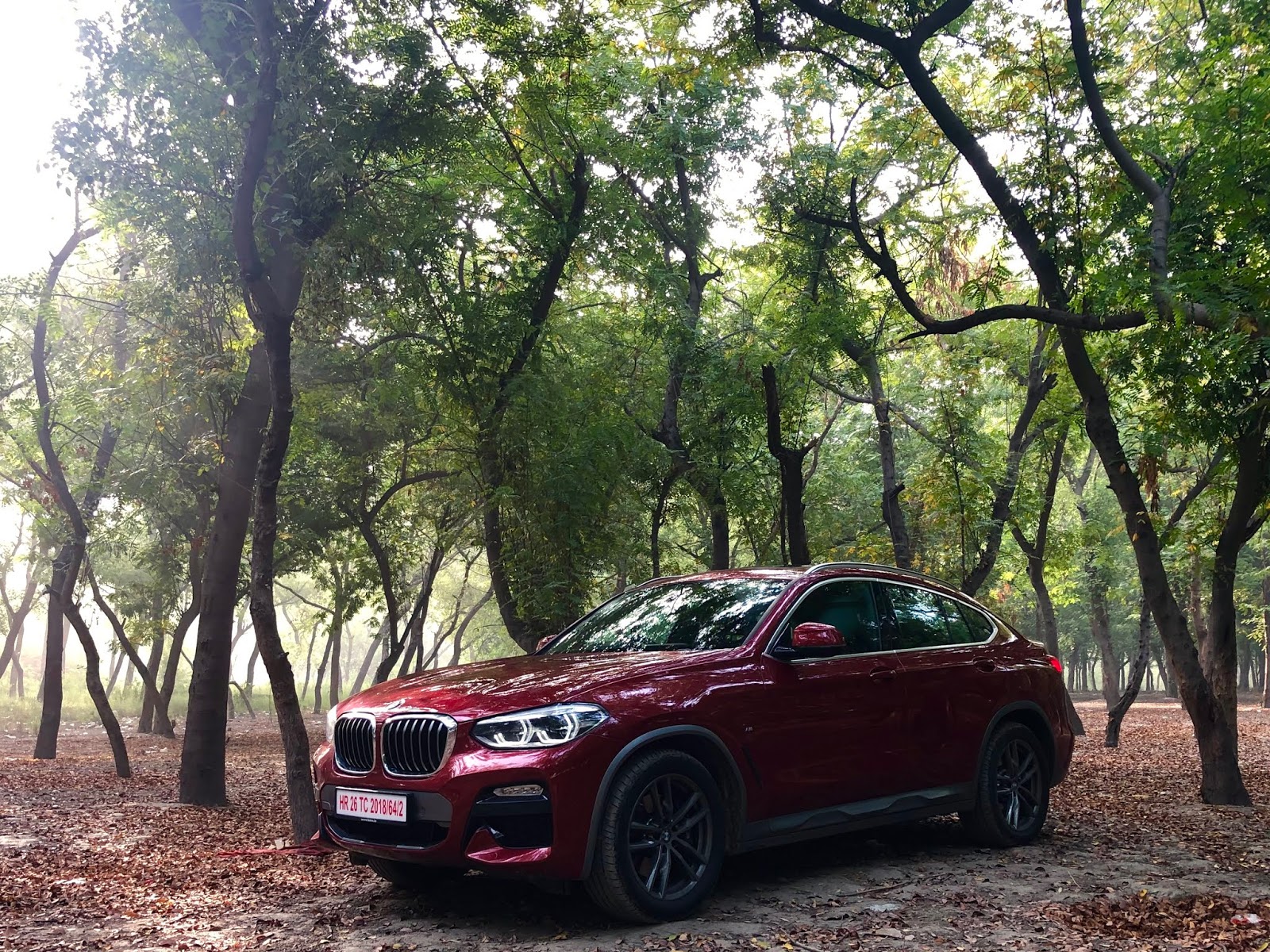 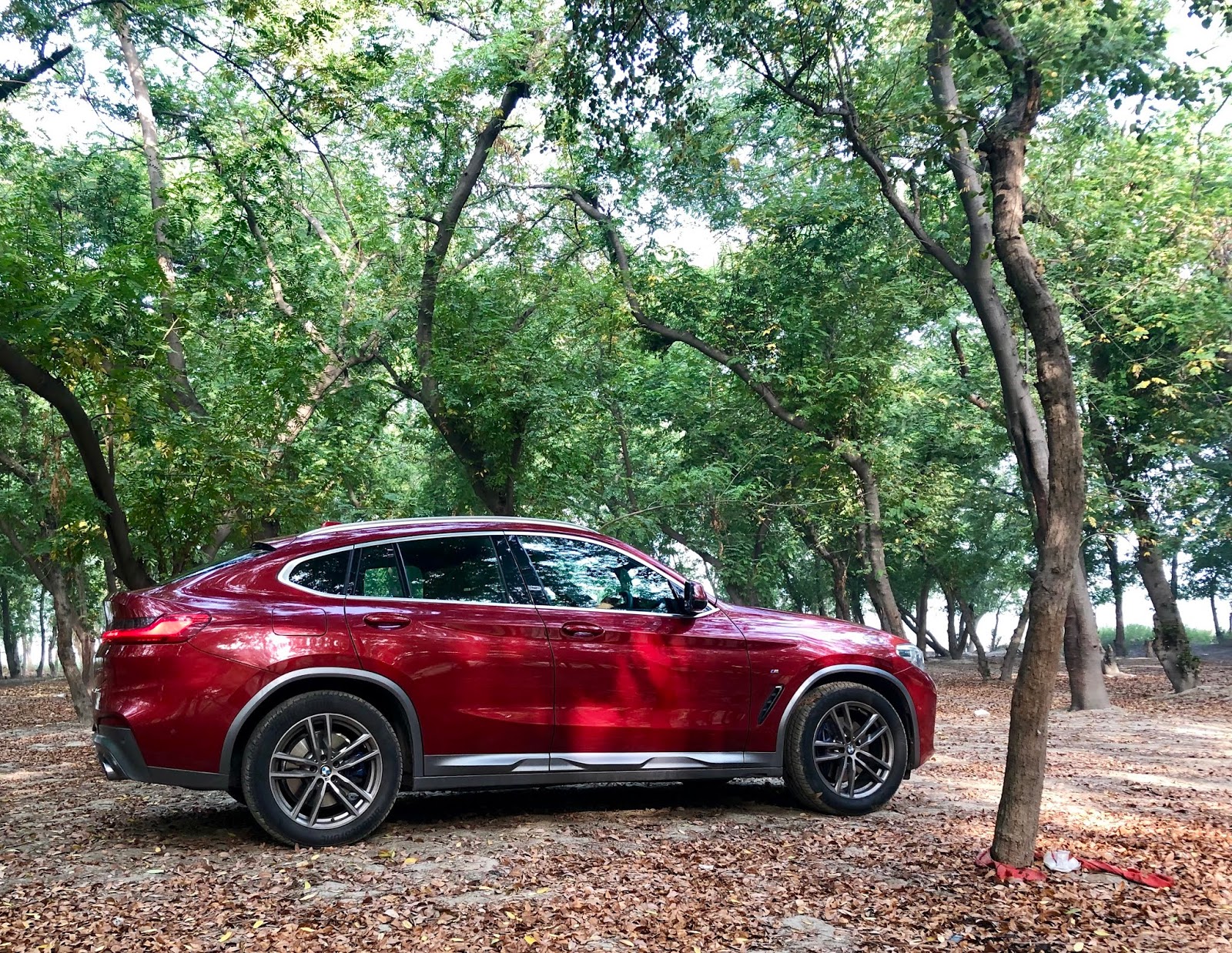 The BMW X4 thrills with its impeccable design 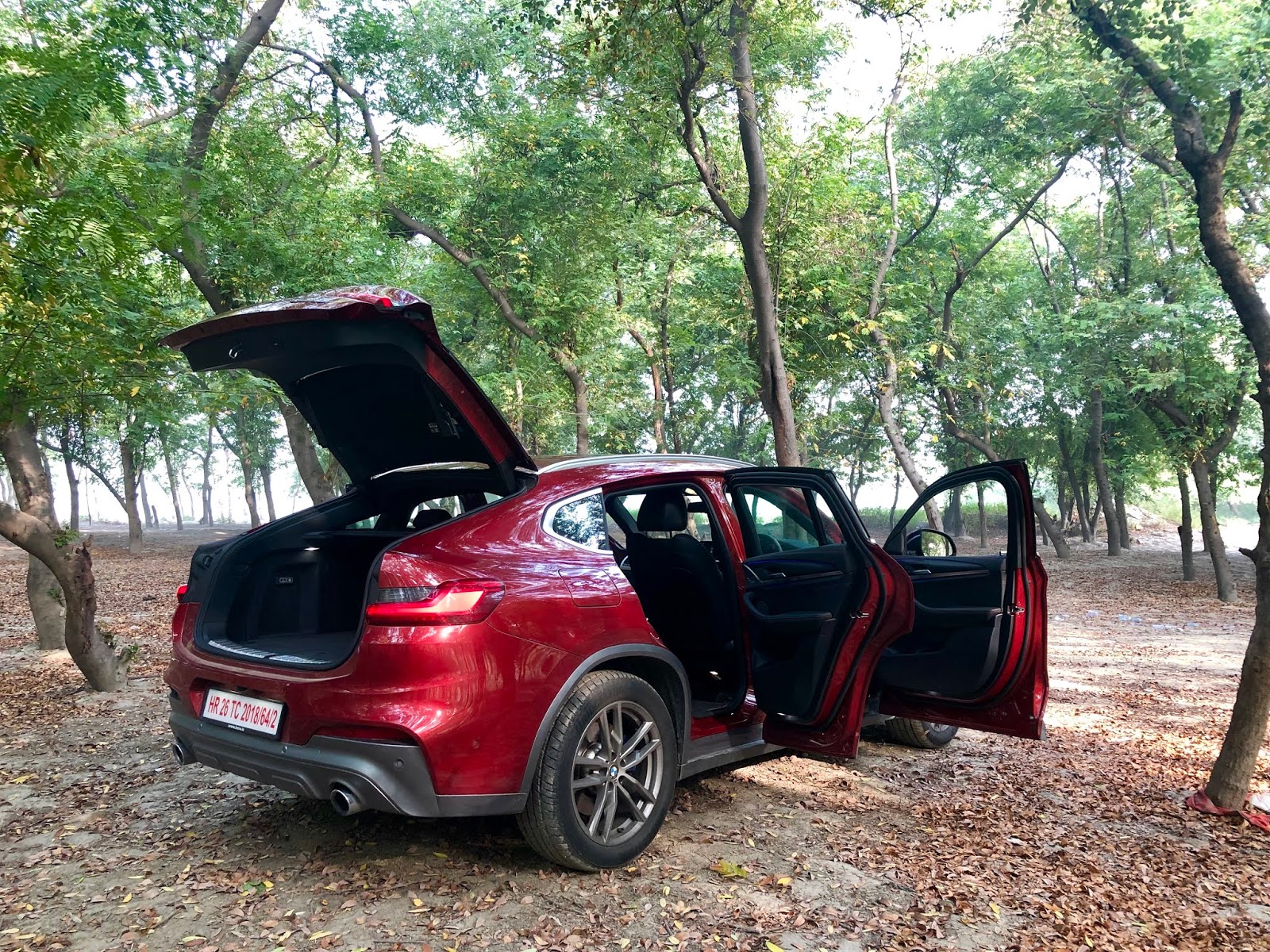 All this performance comes at a cost though. The fuel efficiency figures stood at 7.6 km/l over a 600+ kms range of fairly civilised driving on urban roads and some bit of rough stretches. Our preferred modes were a mix of Comfort and Sport, and the transmission was mostly set on automatic. The figures could improve marginally with some more restrain, but don’t expect anything beyond 10 km/l on this one. If efficiency is a priority, then the diesel version would make for a better choice.

Some may say that the BMW X4 is a car full of compromises in favour of style and dynamism. That it lets go of the practicality that BMW’s true SUVs offer. That it has comparatively less comfortable rear seats and much less boot space. And it is nothing more than a rich boy’s toy.

But spend some time with it, and practicality will take a back seat in your mind. It is undoubtedly one of the most stylish vehicles on the road, and the driving experience is second to none. The X4 packs in a strong engine with sublime driving dynamics, and is one of those rare cars that will put a smile on your face every time you approach it. It is brimming with character, and above all, extremely desirable. 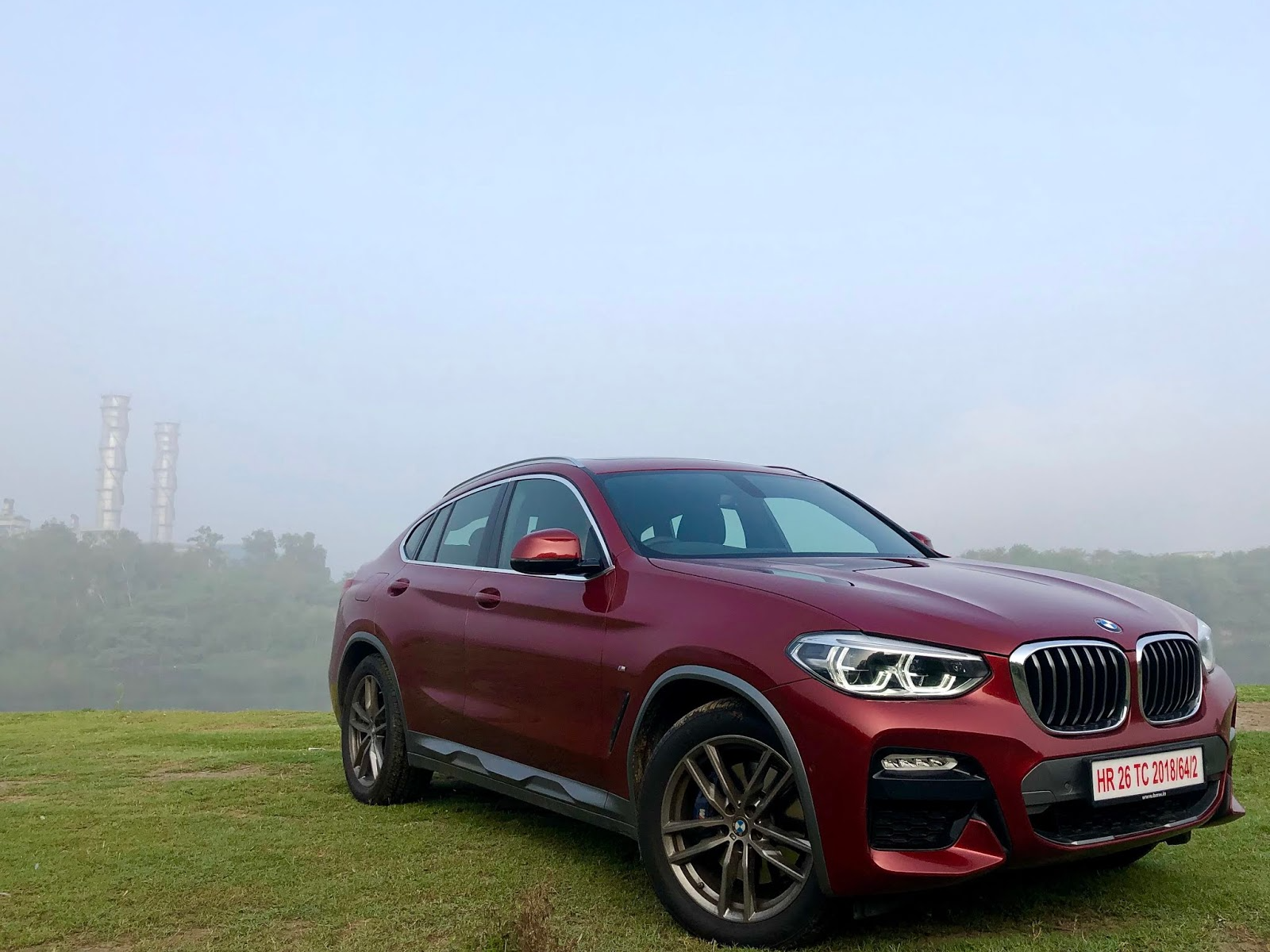 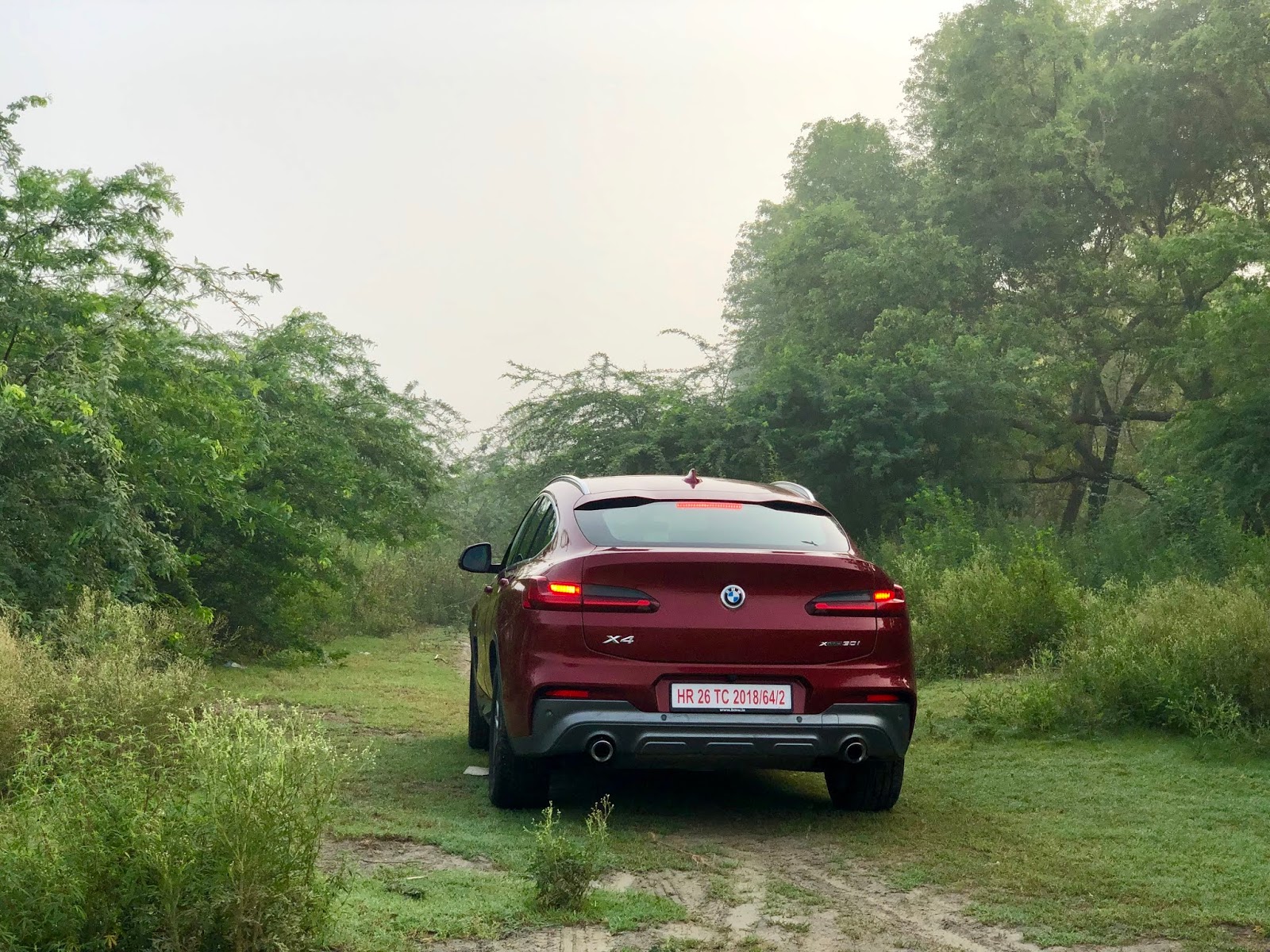 And while we agree that it is expensive, the heart wants what it wants.