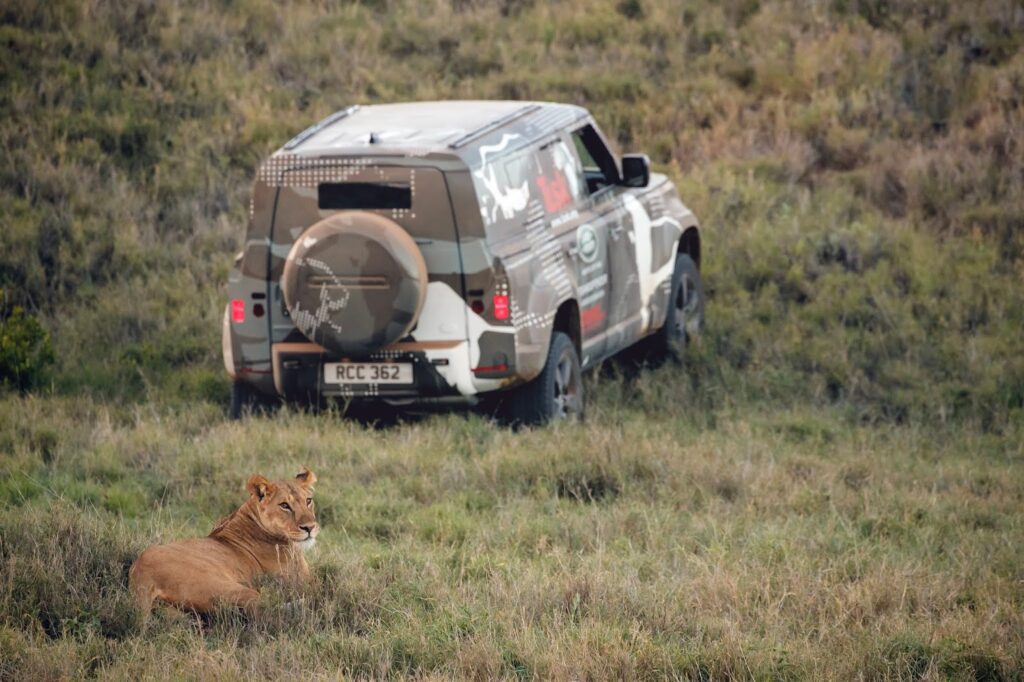 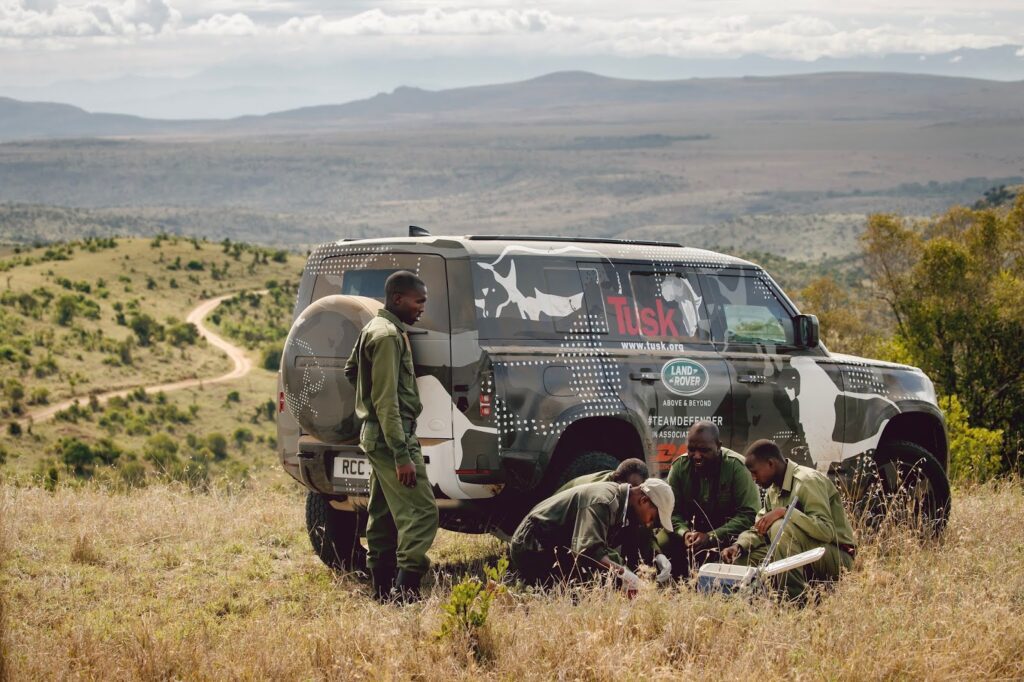 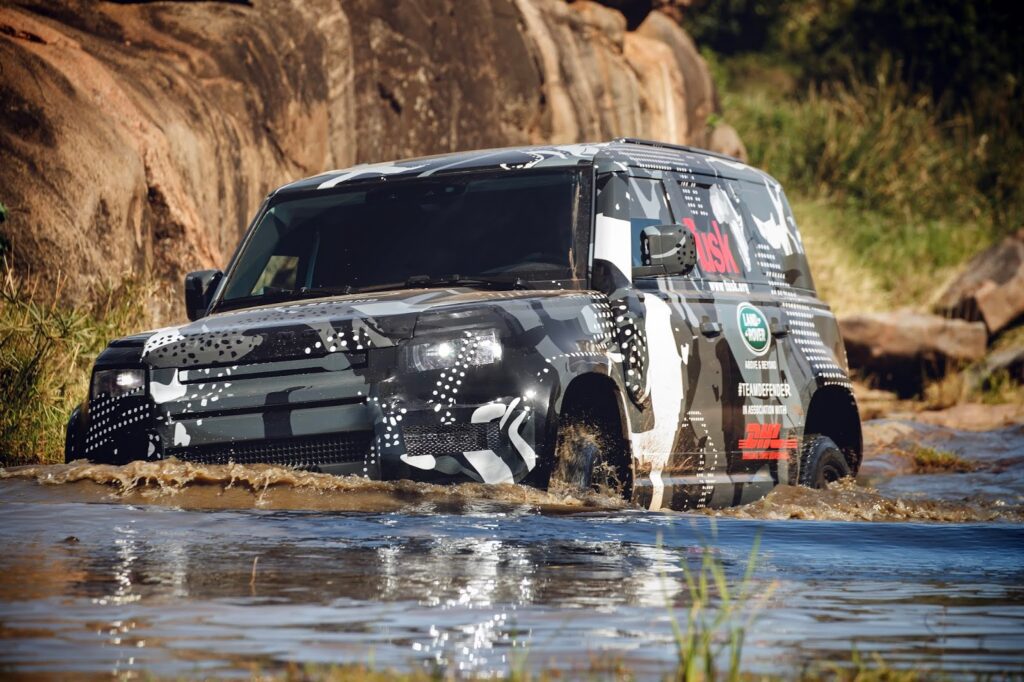 The new Land Rover Defender has moved a step closer to production after successfully completing a demanding testing program with Tusk in Kenya, in support of their lion conservation initiatives in Africa.

A prototype Defender fitted with an integrated raised air intake and wearing a unique camouflage, which was specially devised for the surroundings, supported operations at the 14,000-hectare Borana Conservancy, tracking radio collared lions and transporting supplies.

The unique test programme gave Tusk operatives a chance to put the new Defender through a series of real-world tests as wildlife managers forded rivers, pulled heavily loaded trailers and negotiated challenging terrain. The prototype model was even used to help replace the inoperative tracking collar fitted to a male lion, which was sedated at close range from the security of the new Defender.

Land Rover has been an official partner of Tusk for 15 years and the Defender was put to work at the Borana Conservancy to support its lion conservation program, to highlight the critical situation faced by lions across Africa. Three-quarters of lion populations on the continent are in decline and black and white rhinos now outnumber the big cat in Africa. Fewer than 20,000 lions survive in the wild globally – a figure that has declined from 200,000 over the last century.

The overall initiative was supported by Jaguar Land Rover’s worldwide logistical partner and supporter of Tusk, DHL to help celebrate 2019 as Tusk’s Year of the Lion.