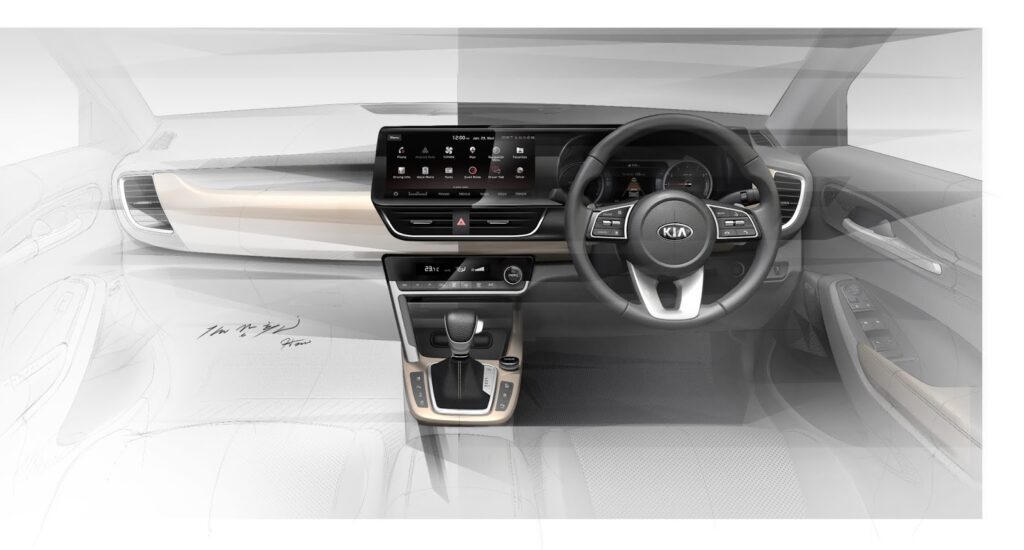 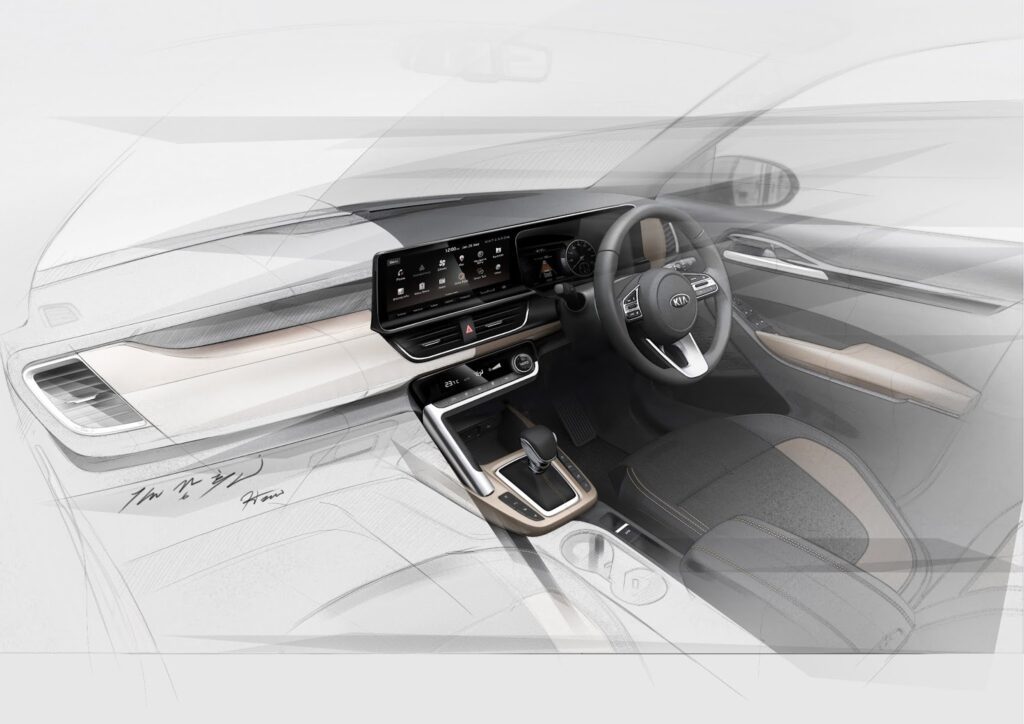 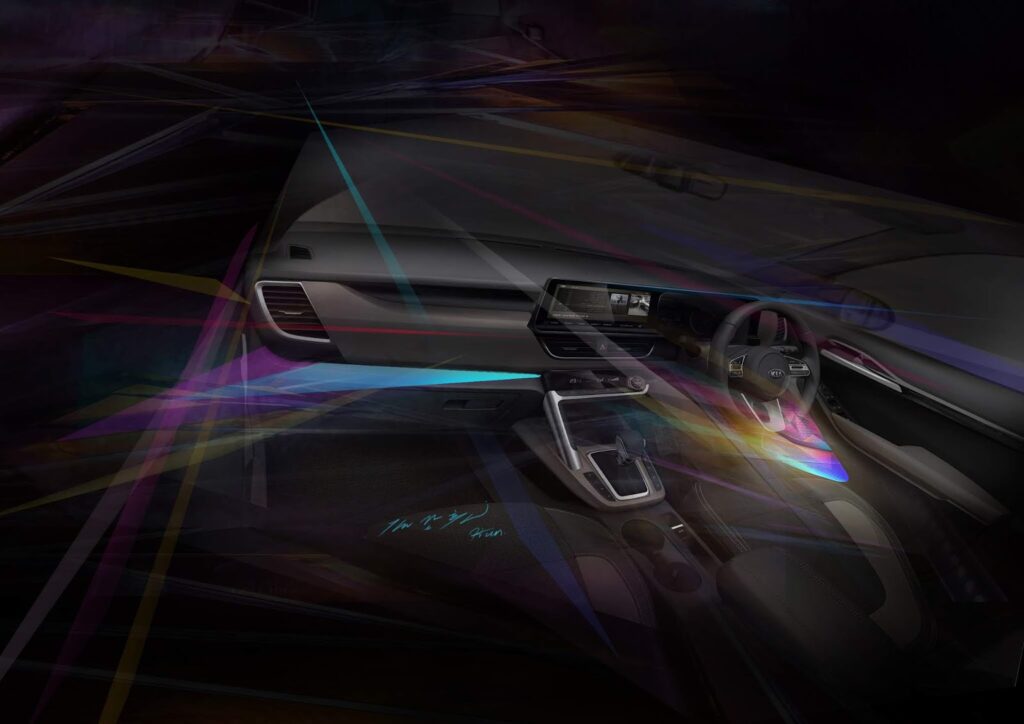 Kia Motors has revealed the interior images of its new mid-SUV for India. Due to be revealed this summer, the mid-SUV’s interior makes a bold design statement. Trimmed in high-quality materials throughout, the expansive shapes and technical forms of the cabin create a youthful and luxurious vibe. With metallic highlights in the air vents and a broad, sweeping dashboard, the cabin also maintains a focus on technology, creating a modern ambience to appeal to young-at-heart, tech-savvy buyers. The grab-bar on the passenger side of the central console adds a sporty feel.

A new 10.25″ touchscreen navigation system providing seamless access to a range of features. The tactile, user-friendly console beneath allows certain features – such as ventilation and air conditioning – to be adjusted easily and safely on the move. Kia’s Sound Mood Lighting technology can alter the cabin’s ambient lighting to suit occupants’ preferences, creating a high level of personalisation.

The design team at Kia has attempted to create a cabin unlike any other in the mid-SUV segment, with greater depth, richness and attention to detail.

The mid-SUV would possess the space and capabilities of a traditional SUV in a compact package, and will be launched in the second half of 2019. The car’s trial production commenced on 29 January 2019 and it will be manufactured at Kia’s state-of-the-art facility in Anantapur, Andhra Pradesh.