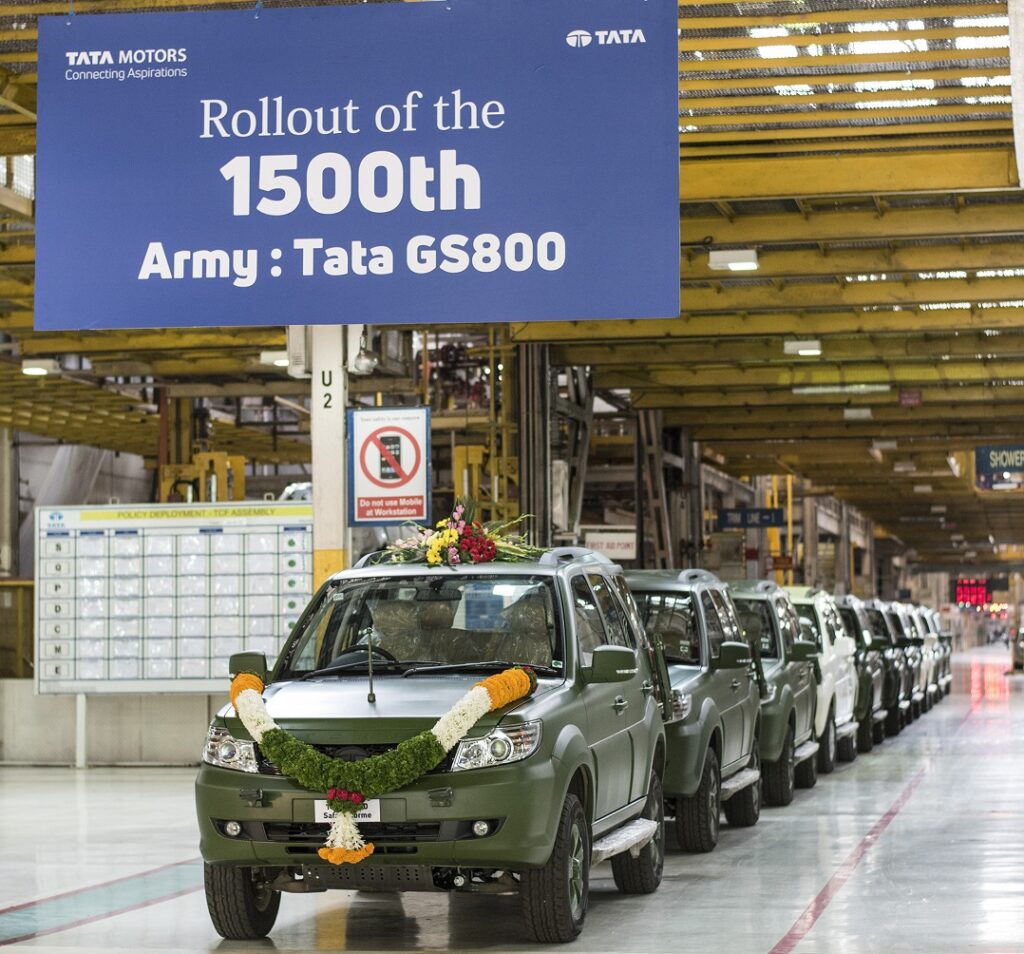 The company had earlier bagged the order to supply 3192 units to the Indian Armed forces.

The Safari Storme GS800 is a contemporary, reliable and sturdier diesel SUV with robust features, and a minimum payload capacity of 800 kgs. It is indigenously designed to meet the requirements of the Indian Army. The vehicle has undergone rigorous trial of fifteen months in on-road and off-road terrains, to endure severely rugged operational conditions ranging from high-altitude drives, snow-bound regions, deserts and marshy lands.

Tata Motors has so far supplied over 1.5 lakh vehicles to the Indian Military and Paramilitary forces, since 1958.