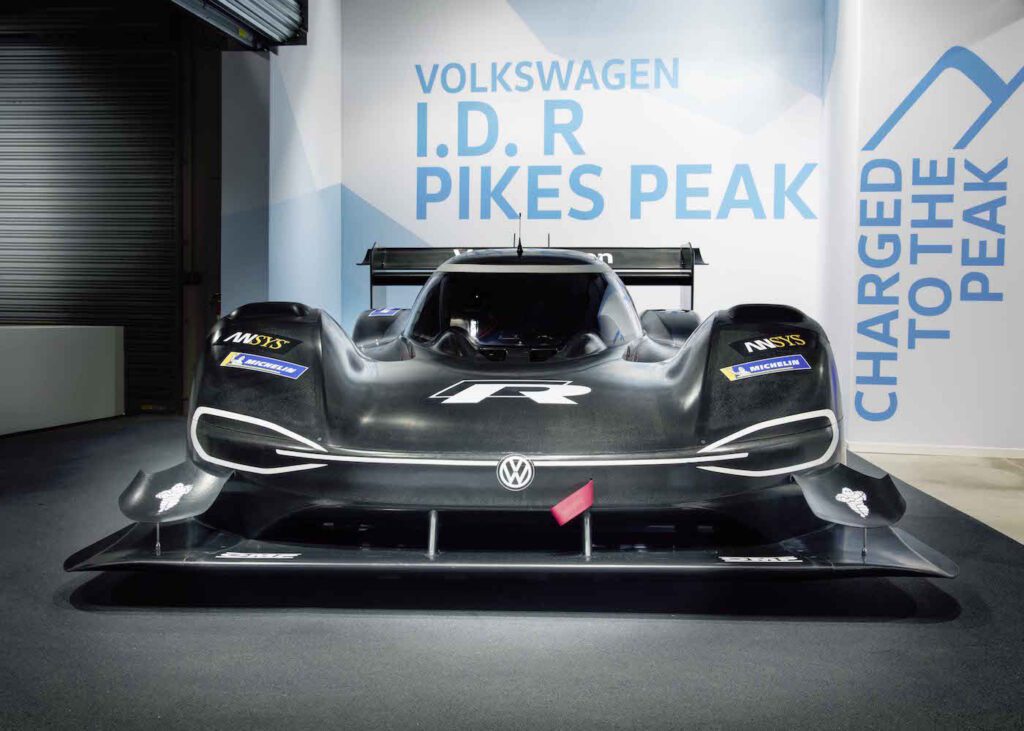 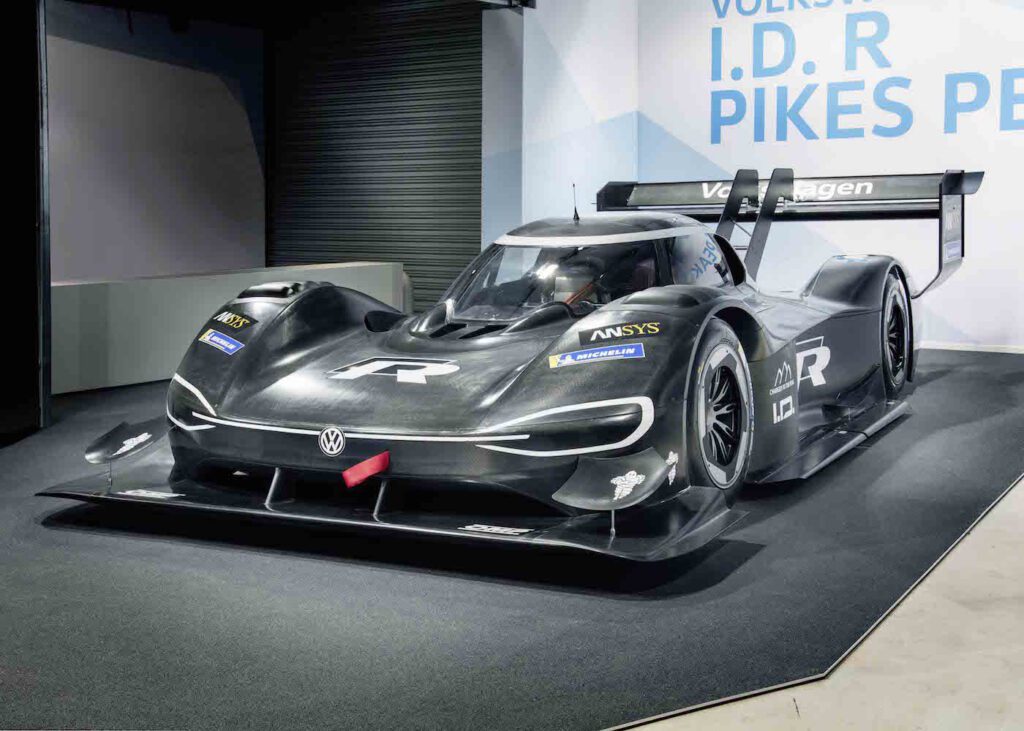 Wolfsburg: Volkswagen unveiled its fully-electric super sports car, the I.D. R Pikes Peak, at Alès, France. With 680 PS, 650 Nm of torque and weighing less than 1,100 kg, the super sports car will take on the iconic Pikes Peak hill climb in Colorado Springs on 24 June 2018. The goal is to beat the existing record of 8:57.118 minutes for electric cars at the ‘Race to the Clouds’.

The I.D. R Pikes Peak is faster than Formula 1 and Formula E cars, and sprints from 0 to 100 km/h in 2.25 seconds. The hill climb on Pikes Peak will be an acid test for the electric drive, as Volkswagen aims to reach the pinnacle of electro-mobility with the I.D. family.

The I.D. R Pikes Peak is a fine balance between energy capacity and weight. It features two electric engines, and one of the top goals during the prototype development was energy recovery and not just maximising performance. When braking, the electric engines convert some of the braking energy into electricity and feeds it into the battery.

This project not just sets the trend for a future in motorsport, but also has great symbolic significance in showcasing Volkswagen’s E-mobility strategy. Findings here would provide valuable impetus for the development of future I.D. models and ultimately benefit customers, giving them more reason to adopt e-mobility.

On 24 June 2018 when the I.D. R Pikes Peak attempts to break the existing record for electric cars, 39-year-old Frenchman and defending Pikes Peak champion, Romain Dumas will be behind the wheel.