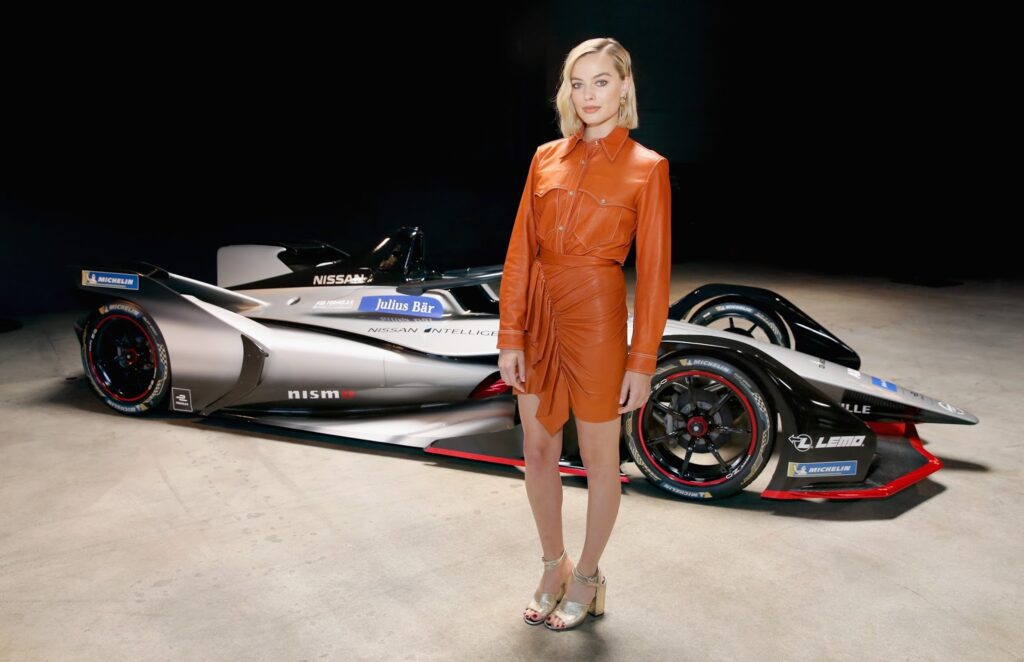 Revealed at the Geneva Motor Show followed by its U.S. debut at the New York Auto Show, the Nissan Formula E car was unveiled to a select set of VIP guests in L.A. Robbie spoke at the event about her experience driving an electric vehicle in the city, and about her pride in serving as an ambassador for Nissan’s electric vehicles.

“I’ve already seen many of Nissan’s initiatives, designed to bring cleaner air to roads and fairer access to power across the globe. And now, we have this – a fantastic new Formula E car,” she said. “I’m excited to see how it will help Nissan develop its EV offering further and bring new and exciting technologies to communities across the world.”

Season five of the Formula E series is expected to begin in December 2018 and will visit major cities around the world including New York, Paris, Berlin, Rome, Zurich and Hong Kong.