Having tested several cars across manufacturers over the years, it usually doesn’t take us too long to figure out the character of a car. A 360° walk around, a peep under the hood, a few minutes inside the cabin and a short drive later, we have a fair idea about the ethos of the car and what the company behind it stands for. But then some cars take you by surprise, turning out to be a completely different animal from what you expect it to be. And rarely are they mass market cars. But the Volkswagen Ameo 1.5 TDI Highline turned out to be an exception. 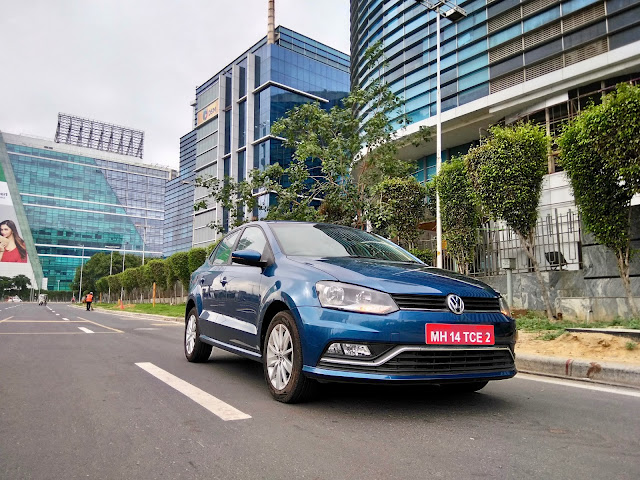 Volkswagen forayed into the highly competitive sub-4 metre sedan segment in early 2016 with the #MadeForIndia Ameo. Now this segment is unique to India, and the cornerstone of its popularity is that it offers value conscious Indians a ‘big’ car (read, a car with a boot) at an affordable price. The engines are usually tuned to be efficient, and trim levels are often compromised to keep the price low. Every major player has a product plugged in this segment and Volkswagen in fact, was somewhat late to the party when they came in with the Ameo petrol.

The Ameo diesel was launched in the last quarter of 2016, and we recently had a go at the range topping 1.5L TDI (diesel) Highline with a dual clutch 7-speed automatic (DSG) transmission. A game changer of sorts, it introduced refinement and performance in a segment where it was least expected. A devilishly deceptive package, it didn’t just set new benchmarks, but displayed a character that clearly exceeded segment expectations. 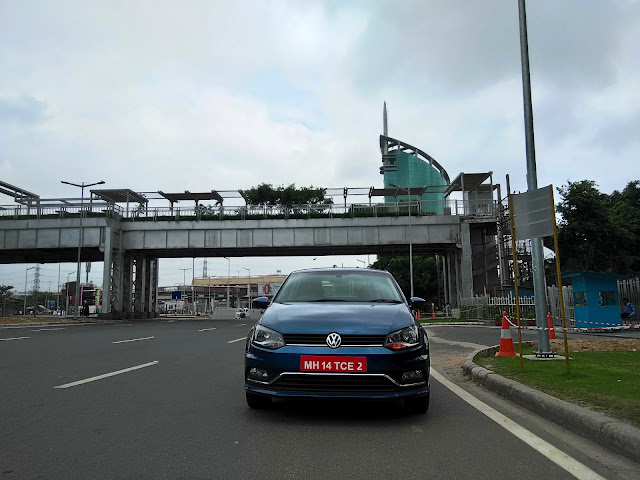 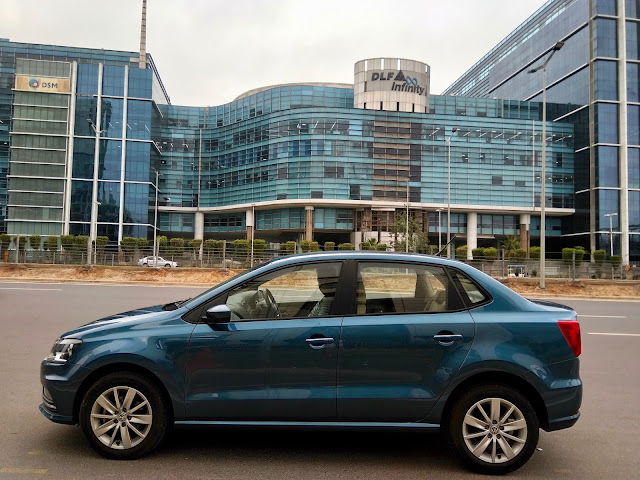 It would be wrong to say that the Ameo is just a Polo with a boot. Volkswagen has made sure that the Ameo gets some personal attention and an identity of its own. While the headlamps, hood, fenders and some other parts have been borrowed from the Polo, the rest of the car is brand new. The front bumper has been redesigned and the C-pillar has been given a flowing design. At the back, the Ameo gets a rather stubby boot and square tail lamps. Unlike some other cars in its segment like the Tata Tiago and the new Maruti Suzuki Dzire, which have upped the ante in matters of style, the Ameo sports a relatively conservative exterior design devoid of any flair. While it doesn’t score high on street presence, what lies inside leaves its opposition in the dust. 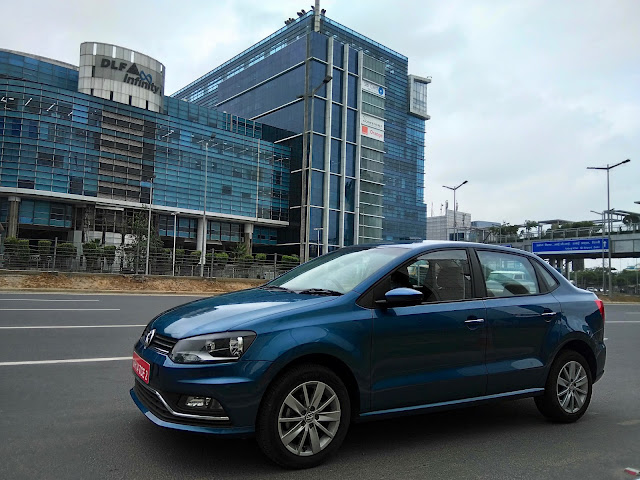 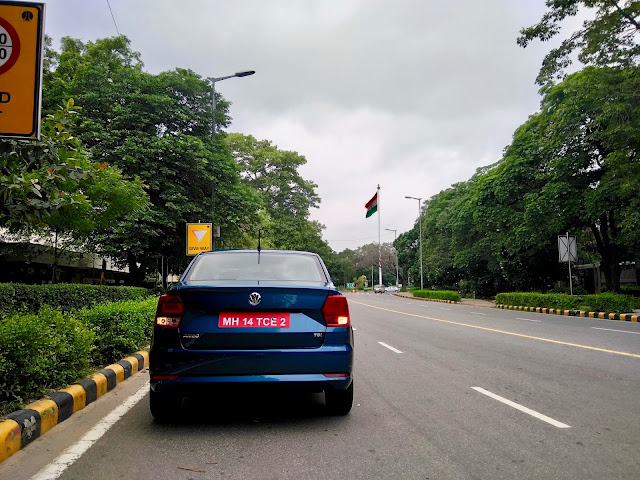 Step inside the Ameo, and a sense of assurance engulfs you instantly. Volkswagen has not skimped on build quality, and the overall fit & finish of the cabin makes you feel like you are inside a car several segments above. From the soft thud of the door to the grip of the sporty steering wheel; from the two tone dashboard console to the superb cabin insulation; everything seems perfectly put together. It is well designed, driver centric, and everything is just an arm’s length away. Little features like the central armrest with storage, the door handle grips and the brushed aluminium and chrome accents make the front cabin a supremely comfortable place to be in. Much of the material used is from Volkswagen’s more premium cars, and it is evident that they have left no stone unturned to make this one of the best interiors in the segment. Thoughtful cubbyholes and an extra deep chilled glove box ensure that stowing away stuff is never a problem. 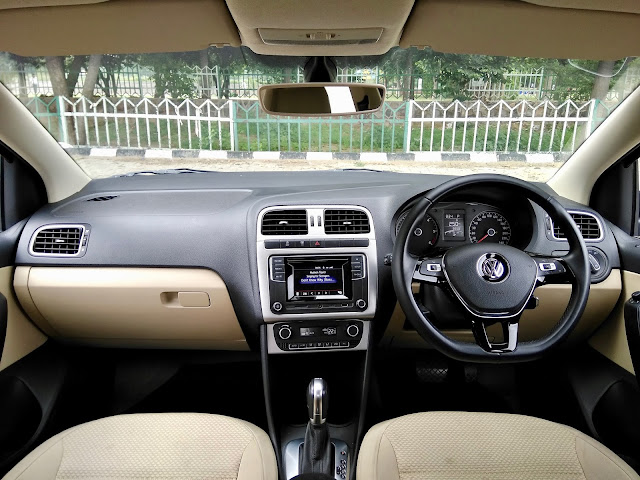 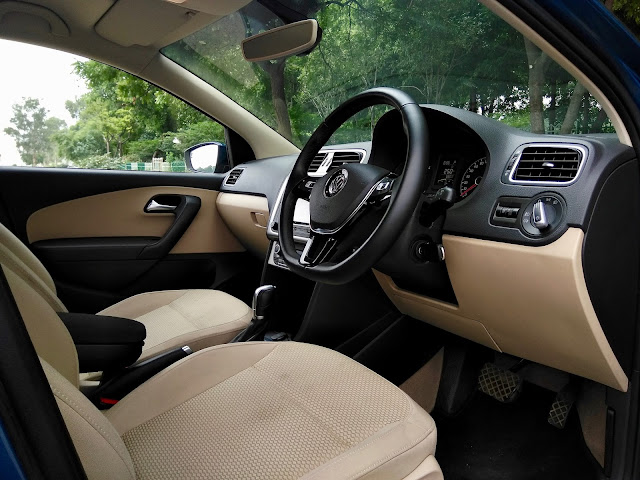 While the Ameo has a superb interior in terms of design and quality, cabin space is an issue. Front passengers are treated to ample comfort, but rear passengers have to make do with limited legroom and headroom. It is also tough to sit in the middle, due to the high transmission tunnel, making the Ameo most suitable for four passengers. Rear ingress and egress isn’t quite easy if you are six foot and above. Having said that, the seats and the rear bench are well contoured and quite comfortable, and one doesn’t feel any fatigue whatsoever, even after being on the road for long durations at a stretch.

A few misses: there are no front seat back pockets , no 60:40 rear seat split, no rear arm rest, and at 330 litres, it doesn’t have the biggest boot in the business. 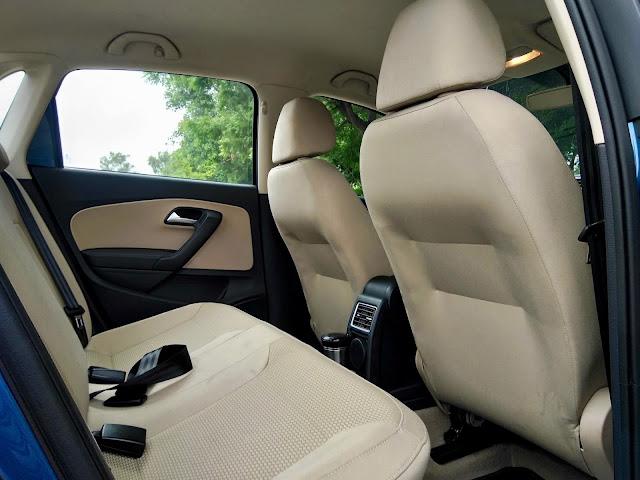 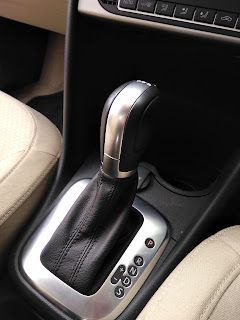 The feature list in the Highline trim we tested is impressive, and some of them have been brought in from Volkswagen’s other models. We see the familiar touchscreen infotainment system, which has a capacitive screen for better response. Now most touchscreen consoles in entry/ mid level cars can drive you nuts, but this one is intuitive and works without a bother. Smartphone connectivity is fairly simple and the speaker sound quality is good. 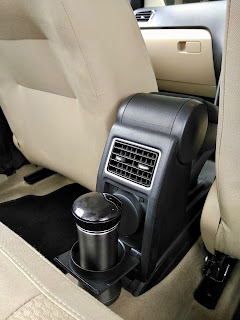 Safety features include airbags as standard, ESP and traction control, which can be turned off at the touch of a button.

It would have been nice to see the Ameo with keyless entry and an engine start/ stop button. Features such as these are now available in entry level small cars, and the Ameo could have well afforded it. But sadly, they are missing.

The TDI Highline we tested is powered by the 1.5L turbo diesel 4-cylinder engine. A noisy little thing if you stand next to the car, but thankfully the superb cabin insulation takes care of it inside. Now this engine has been seen on other Volkswagen cars for a while, but in the Ameo it feels like a completely different power plant. Producing 109 BHP and 250 Nm of torque, the engine provides enough oomph to exploit any gaps in traffic. There is a hint of turbo lag, but the split second anomaly is quickly forgiven as things progress. Mated to the superb 7-speed DSG dual clutch automatic gearbox, which is amongst the best in the business, the engine provides a drive way better than any of its competitors. The power delivery is smooth and the gearbox is quick to respond to throttle inputs. Always ready with the right gear at any time, it feels as good a drive as you would expect from the more expensive entry level luxury German brands. This is an out and out driver’s car. 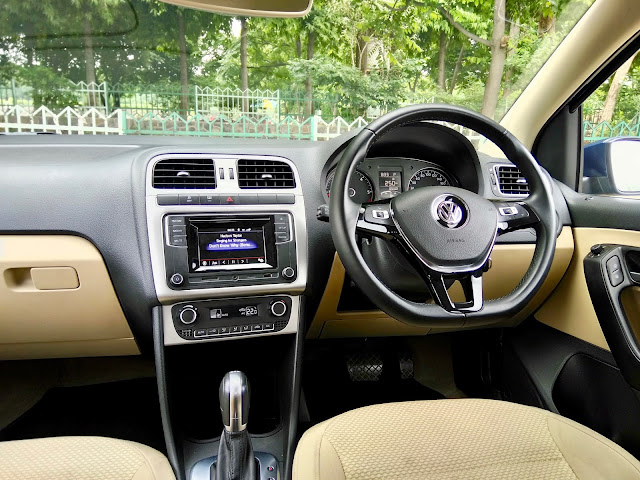 With the suspension tilted towards the firmer side, the handling is spot on. High speed stability is excellent and there is minimal body roll while cornering. The flat bottom tilt/ telescopic steering is well weighted for an enthusiastic and engaging drive. The DSG gearbox also comes with a Manual mode for more control, and a Sport mode which lets the engine rev higher and bring in some added excitement. In Sport mode, the engine revs till upto 5000 RPM giving maximum power, although it does have a negative impact on efficiency. 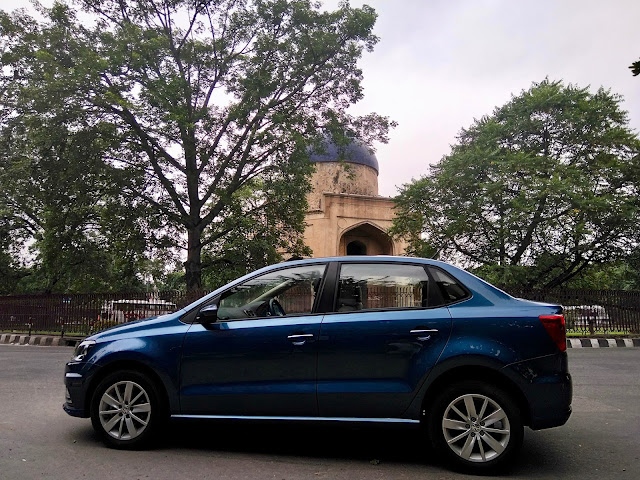 The Ameo has a lot going for it. Under the staid exterior lies a package that trumps the opposition in almost every aspect. It has Volkswagen’s legendary build quality, a premium cabin, a long list of features, fuel efficiency and the best driving experience in the segment. It has a wide range to choose from, including five petrol and six diesel variants. The range starts at INR 5.50 lacs for the 1.2L MPI (petrol) Trendline variant, and the top of the line 1.5L TDI (diesel) DSG Highline reviewed here is for INR 9.90 lacs.

While that’s not exactly a bargain and may seem like a lot of money, it certainly is a lot of car too. Without a doubt, the 1.5L TDI (diesel) DSG Highline is the best diesel automatic you can lay your hands on under INR 10.0 lacs. For a true blue driving enthusiast it will be love at first drive. And everything else in the segment will seem like a compromise. 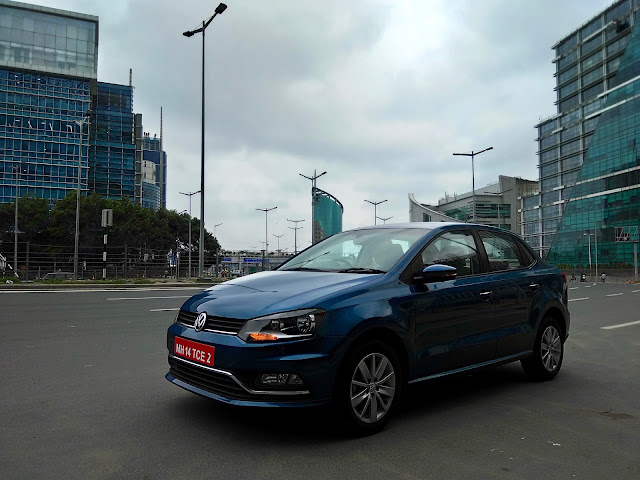