New Delhi, 31 March 2017: Ford Motor Company of Canada is investing $1 billion to establish an advanced manufacturing program at its Windsor Operations, which will transform the site into a world-class powertrain facility. The governments of Ontario and Canada are each providing Ford Canada with a conditional grant of up to $102.4 million, and the project is likely to create 300 new jobs at Ford operations in Ontario and protect hundreds more. Premier Kathleen Wynne was in Windsor, Ontario with Prime Minister Justin Trudeau to announce the partnership. 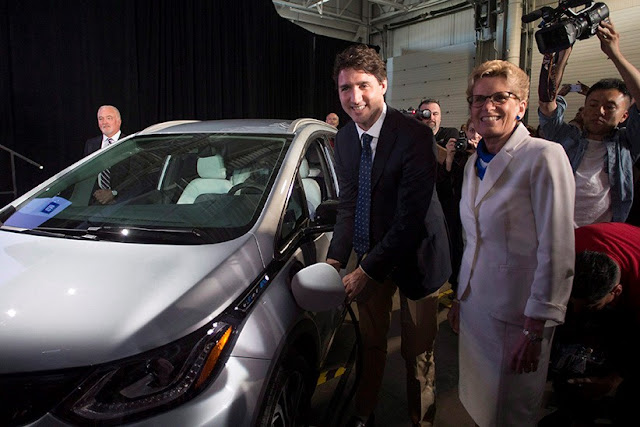 Ontario’s competitive advantage for automakers makes it a global leader in the auto industry and builds on the province’s reputation for cutting-edge innovation, research and manufacturing. Ontario is the first Canadian province to allow on-road testing of automated vehicles, which will help foster the development and commercialisation of disruptive technologies that will define the industry’s future.

Over the past five years, Ontario has produced more cars than any other state or province in North America, accounting for 15% of all production on the continent. Vehicle assembly and auto parts production directly support more than 100,000 jobs in Ontario, with hundreds of thousands more spin-off jobs across the province. Ontario leads in attracting international capital investment and is the fourth highest among provinces or states in North America.

Ford is also establishing an Ottawa Research and Engineering Centre, which will draw on the expertise of Ontario’s highly skilled workers to deliver the next generation of connected car technology. The Centre will focus on research and development across infotainment, in-vehicle modems, gateway modules, driver-assist features and autonomous vehicles. These investments will increase Ford’s research and development activities in several key areas, including green initiatives like alternative fuels.