New Delhi: BMW India awarded a BMW Z4 to Sung Lee from South Korea, who scored a hole-in-one in the recently concluded Panasonic Open India tournament at the Delhi Golf Club. Frank Schloeder of BMW India handed over the keys at a prize distribution ceremony on 4 December, 2016. 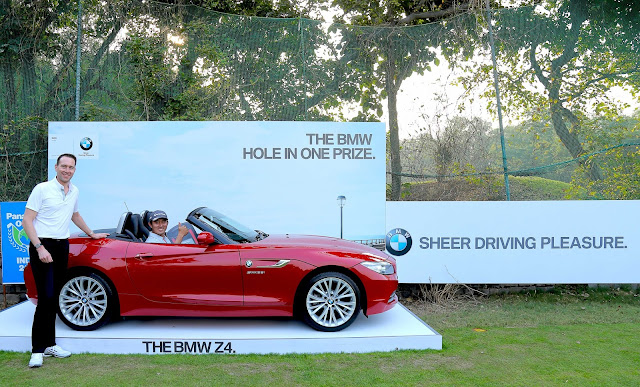 To win the BMW Z4, the criteria was to score a hole-in-one on the specific hole where the BMW Z4 was to be awarded as the prize. Sung Lee, who is a one-time winner on Tour struck the second hole-in-one of his career with an eight-iron from 171 yards on the par-three fifth hole. Scoring a hole-in-one is never easy and Sung Lee’s spectacular shot earned him an honour that most pros have yet to take up.

One of the most attractive in its class, the BMW Z4 represents a time-honoured yet contemporary interpretation of the traditional roadster concept. The sporty design language, craftsmanship and premium materials create an exclusive experience, making every drive a journey of discovery; with power, responsiveness and revving ability characterizing its driving dynamics.