Mladá Boleslav/ Geneva, 01 March 2016: The ŠKODA VisionS show car celebrated its world premiere at the Volkswagen Group Night on the eve of the Geneva Motor Show 2016. The
emotive concept car gives an insight into a new, large SUV production model that will be launched in the autumn of this year. The VisionS is expressive, modern and dynamic; with a balance of rationality and aesthetics. 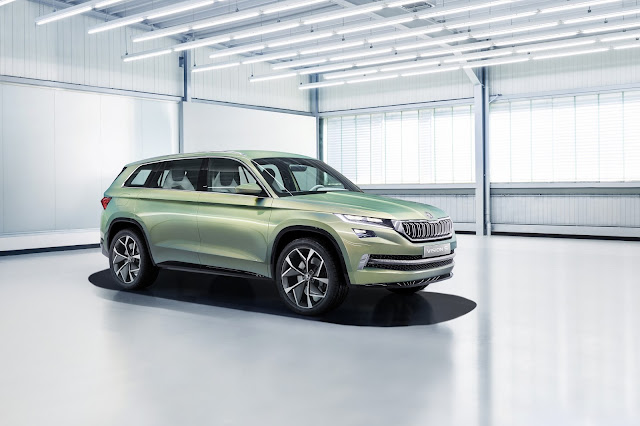 Aside from the future SUV design language, the show car demonstrates the most important technological innovations that ŠKODA will be focusing on in the coming years, including electro mobility, connectivity and safety.