Mumbai, July 30 2015: The new SUV from Mahindra will be called the TUV300 – pronounced as “TUV 3 double ‘OH’”. The ‘T’ stands for ‘tough’, and emphasizes the robust design of the new car which was code named U301 earlier. The numeric ‘300’ represents the series name.

The design of Mahindra’s latest offering has been inspired by a battle tank, with raised shoulders, flat roof and a high ground clearance that give the TUV300 an distinct silhouette. Inspiration from the Hummer, Jeep Cherokee, Land Rover the Range Rover Evoque are also noticeable in the decked up sketch that was released by the company today.

The new Mahindra TUV300 will be powered by the advanced mHawK engine. 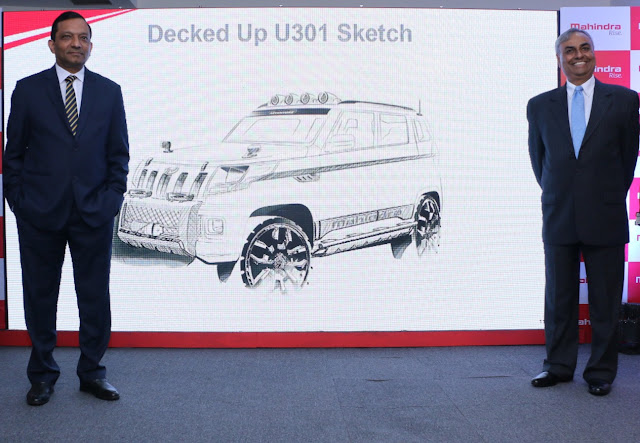 Mahindra has a strong equity in the SUV segment in India and the company hopes that this tough, bold and masculine SUV too will evolve into an iconic brand like its illustrious predecessors.

According to company officials, the TUV300 is the very epitome of the Mahindra RISE philosophy as its development challenged the limits and conventional thinking, and involved the innovative use of resources. The vehicle will be manufactured at M&M’s future-ready manufacturing facility at  MVML, Chakan in Maharashtra, which boasts of innovative engineering, state-of-the-art technologies and manufacturing facilities. 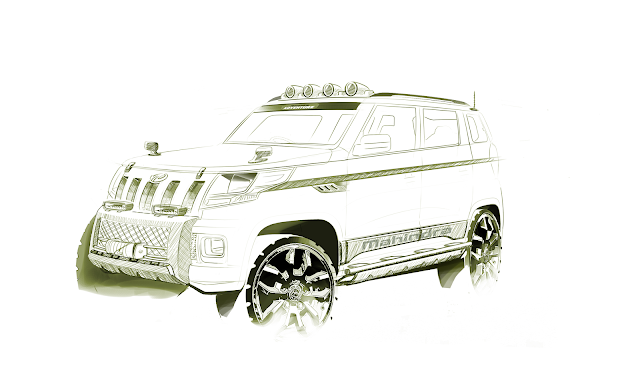 The TUV300 has been designed and developed completely in-house by the Mahindra design team, and is based on an all new SUV platform. The upcoming SUV has been conceived mainly at the Mahindra Research Valley (MRV) in Chennai. The TUV300 is unique for the manner in which it was conceived and designed, keeping in mind the global standards of quality, technology, testing norms, safety, regulations and emissions from the very beginning of the design process.