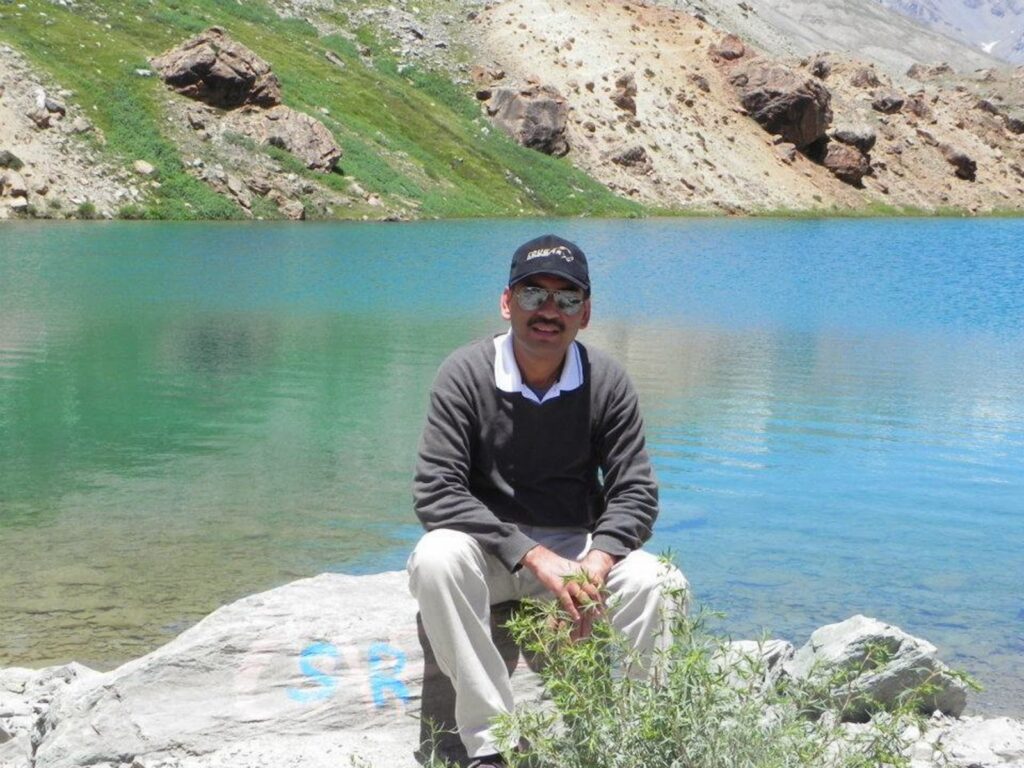 Investment banker turned motor sport enthusiast, Ashish Gupta is the Founder & Director of Cougar Motorsport. Formed in 2009, Cougar Motorsport brings together the experience of motor sport competitors, officials and event management specialists and has successfully conceptualized and executed many signature events like The Himalayan Dash and The Desert Dash. Ashish himself is a veteran rallyist, having participated in the Desert Storm and the Xtreme Raid De Himalaya. He now brings to India one of the world’s top ten toughest motor races and the most internationally represented 4X4 off-road motorsport event, the Rainforest Challenge (RFC).

Rainforest Challenge was launched in the jungles of Malaysia in 1997 and is a challenge of a lifetime where competitors are taken through mud, drenching rain, steep slippery slopes, deep ruts, gullies, flooded rivers, and landslides that are mercilessly demanding and dangerous. Over the years, RFC has not only become an annual international off-road challenge of Malaysia but has also been replicated globally in countries like Italy, Russia, Sri Lanka, Vietnam, Tunisia, China and Australia.

With his eyes set on the first edition of the event in India this year from 7th to 17th August, 2014, Ashish shares some details about the event, the challenges ahead and what lies in store for Indian motor sport fans.

March 2014/ In conversation with Raghav Sarma:

Raghav: Tell us a little bit about your early association in bringing the Rainforest Challenge (RFC) to India. What appealed to you the most about RFC and what made you take it up with Luis J. A. Wee and bring it to India?

Ashish Gupta: Rainforest Challenge is an iconic event and I always wanted to be a part of it. So, I attended the 2013 edition of the mother event in Malaysia which turned out to be an experience of a lifetime. Since RFC has a global series with one of the editions taking place in Sri Lanka, it appealed to me to bring it to India as well.

Raghav: Considering that this is the first edition of what is considered one of the toughest races in the world, what are the immediate challenges you are preparing for?

Ashish Gupta: Getting Indian participants to experience an event of this magnitude is the biggest challenge because most of them are completely intimidated and don’t know how they will prepare for and compete in RFC India.

Raghav: Could you share some details on the format of the race for our readers? Is the race going to be customized for India or would you largely follow the international format?

Ashish Gupta: The participants will have to complete 30 Special Stages (SS) designed by experts from RFC Malaysia across a multitude of obstacles where the challenge is to complete each SS in the fastest time and score the highest points. The race is going to follow the international format.

Raghav: When and where is the first race expected and what is the kind of terrain one can look forward to? Will the course be kept completely natural, or will it be modified?

Ashish Gupta: We are yet to finalize the location. However, the first edition will be held in the Western Indian rainforests from 7th to 17th August. The Prologue stages, which take place in an area with spectator access, will require artificial course to be designed. This will be followed by the Predator and Terminator stages that will be laid inside and on the fringes of the jungle. The final stage of Twilight Zone will be an overnight drive across uncharted jungle territory. The course will be kept completely natural for all stages except the Prologue stages.

Raghav: Will the competition move from place to place as is the case in the Malaysian edition, or do you plan to always hold it at a fixed location?

Ashish Gupta: We are open to hold RFC India in different states each year subject to Government support and participants’ interest.

Raghav: What kind of funding requirements are you anticipating for bringing such a large event in to India for the first time? Is any assistance forthcoming from the government/ industry or is it largely going to be privately funded?

Ashish Gupta: The budgets for this event is going to be huge and we are trying for support from the Government as well as the industry.

Raghav: What is the revenue model for RFC in India? Are you considering monetizing it through television rights, etc.? It would certainly be great content for an adventure reality show.

Ashish Gupta: The revenue for RFC India will primarily come from participation entry fee and sponsorships. We have not approached anyone for television rights but would be open to a discussion if any such offer is put to us.

Raghav: What are the types of cars you are expecting in the competition? Have any manufacturers come forward to collaborate for the event or send in their own teams?

Ashish Gupta: This is an extreme off-roading event and vehicles suited for such an event will be participating in the competition. RFC India is open to all 4-wheel drives, providing the vehicle currently or previously has been sold to the general public by the manufacturer. The event is also open to ATV’s for competition aspects provided there are enough numbers to make up that particular class. Otherwise, they are allowed to participate as touring adventurers only. No prototype, 4×4 commercial vehicles, vans or agricultural vehicles are allowed. We are talking to all major manufacturers for collaboration but a final decision on this is yet to be taken.

Raghav: Could you tell us a bit about the kind of customization that goes into the vehicles for participating in a tough challenge like this?

Ashish Gupta: The vehicle specifications are mentioned in the Rules and Regulation section of the RFC India website www.rfcindia.in.

Raghav: How many teams are you expecting for the first edition? Could you share some early registration numbers?

Ashish Gupta: We are expecting about 50 teams to participate in the first edition of RFC India.

Raghav: Do you expect international participants as well? Would there be any facilitation for importing vehicles for them, considering how complex formalities in India are?

Raghav: How expensive is it for an average participant to take part in a race like this? Is it largely self-funded or are sponsorships easy to come by?

Ashish Gupta: The entry fee for Competitor 4X4 vehicles (with 2 pax) for Indian entry is INR 84,270/-. Other expenses are quite subjective. If a participant has been off-roading earlier, then he will have a suitable off-roading vehicle with the relevant equipment. Otherwise, the participants will have to buy or arrange his own vehicle and requisite equipment the specifications for which are available on RFC India website. As far as funding is concerned, most of the participants will be self-funded unless someone has a host of achievements in motor sports basis which he is able to secure sponsorships. 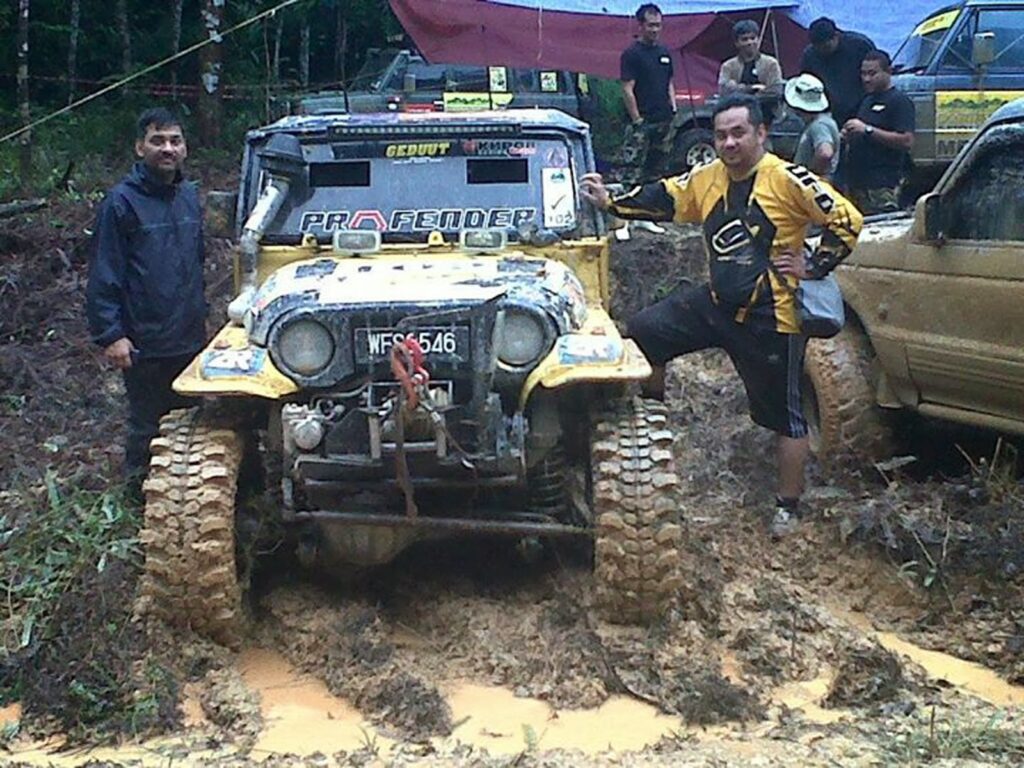 Ashish Gupta at RFC 2013 in Malaysia 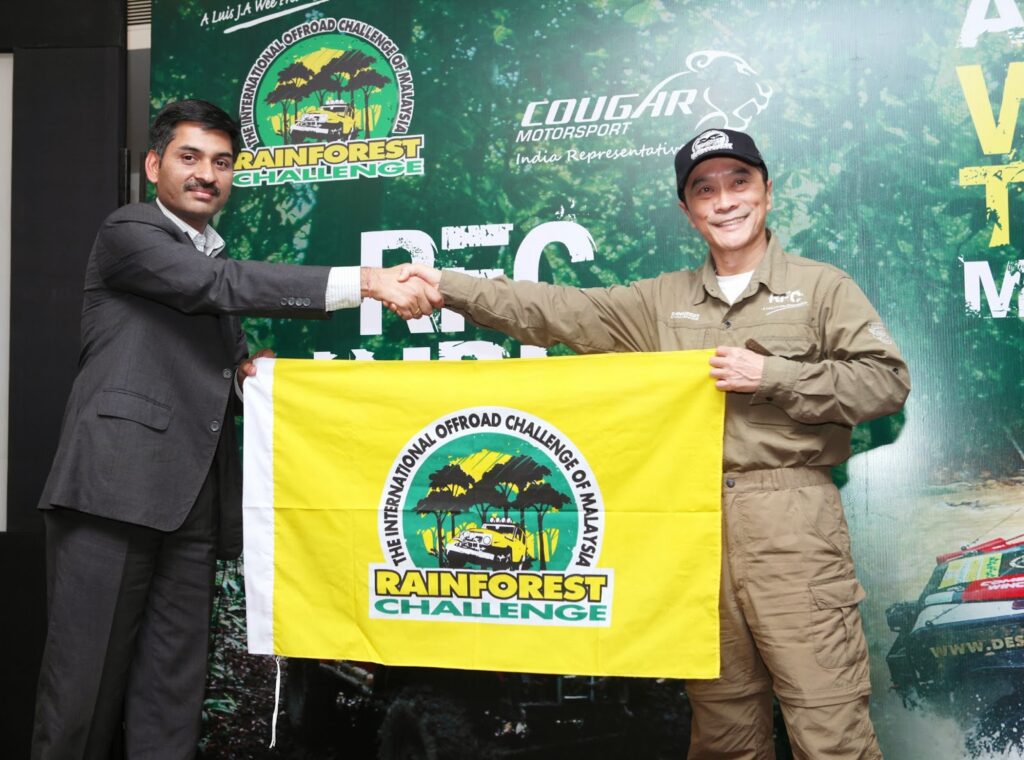 Raghav: Why is it that RFC is a “no prize money” format? Considering how expensive it is for participants to build, maintain and operate their vehicles, do you think they will be motivated enough to take up the challenge?

Ashish Gupta: Well, that’s the format that Luis had introduced in Malaysia when he launched RFC in 1997 and all the global series follow it. For off-roaders worldwide, it is not the prize money that matters but rather the prestige of winning such an iconic event. The thought of becoming the RFC India Champion will be enough to motivate the off-roading community to take up the challenge.

Raghav: Motor racing in India is still a niche and an expensive sport. Also, it is not promoted enough. What do you think would encourage younger people to take to the sport?

Ashish Gupta: Motorsport is an expensive sport meant for affluent people and not for the masses. Therefore, it really does not require mass promotion or publicity. Those who are passionate about it and can afford to indulge in the sport have joined the relevant communities and forums where they meet like-minded people and participate in various rallies. Now, with RFC coming to India, the awareness levels among the off-roading community and enthusiasts is bound to increase.

Raghav: You have been a motor race enthusiast yourself. Tell us a bit about it and what other passions do you pursue after hours?

Raghav: Thank you very much for speaking with us. Motor sport enthusiasts in India would be keenly looking forward to the first edition of the RFC in India and I wish you the very best for a successful event.

‘In conversation with Raghav Sarma’ is a series of interviews with auto industry leaders, analysts and experts published exclusively on Licence to Drive. Reproduction, copying, sharing or distributing the contents in whole or parts without permission is prohibited.