22 April 2013: The Maserati Ghibli was officially unveiled at the 2013 Shanghai Motor Show this weekend. The all new four door saloon is meant to be a younger, sportier version of the Quattroporte, which was launched earlier this year. The name of the car dates back to 1967, when the original Ghibli was launched and the 2014 version is in the form of a sporty saloon, which Maserati has slotted below the Quattroporte. The Ghibli apart from being the least expensive Maserati, is also the first with a diesel engine. 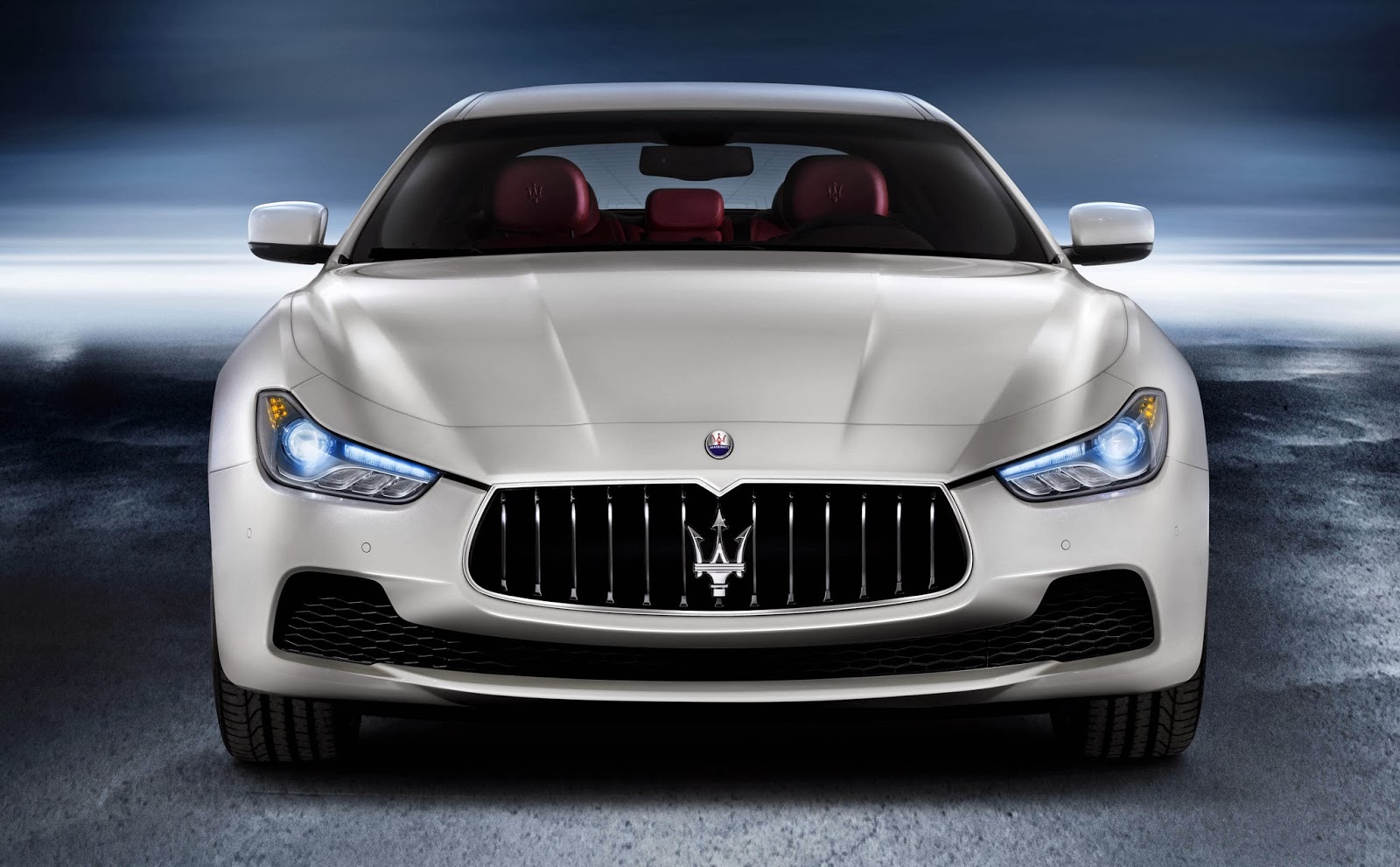 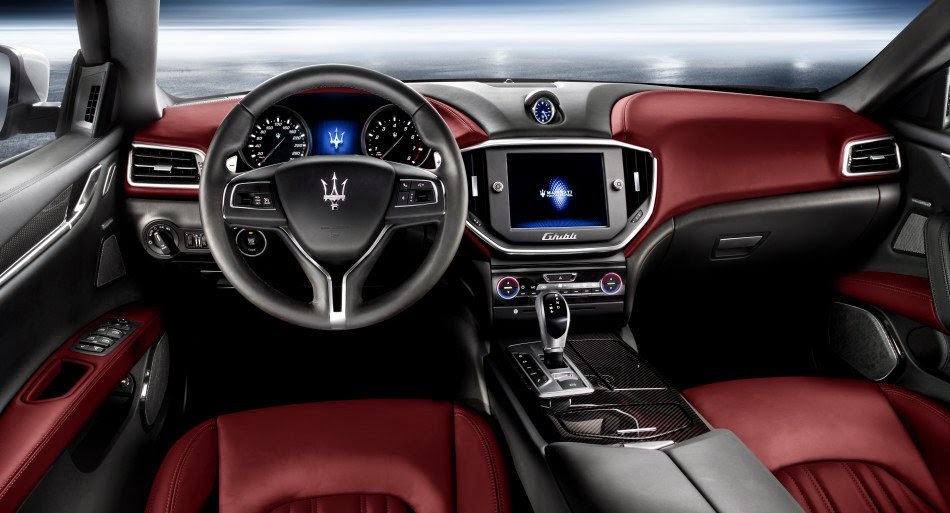 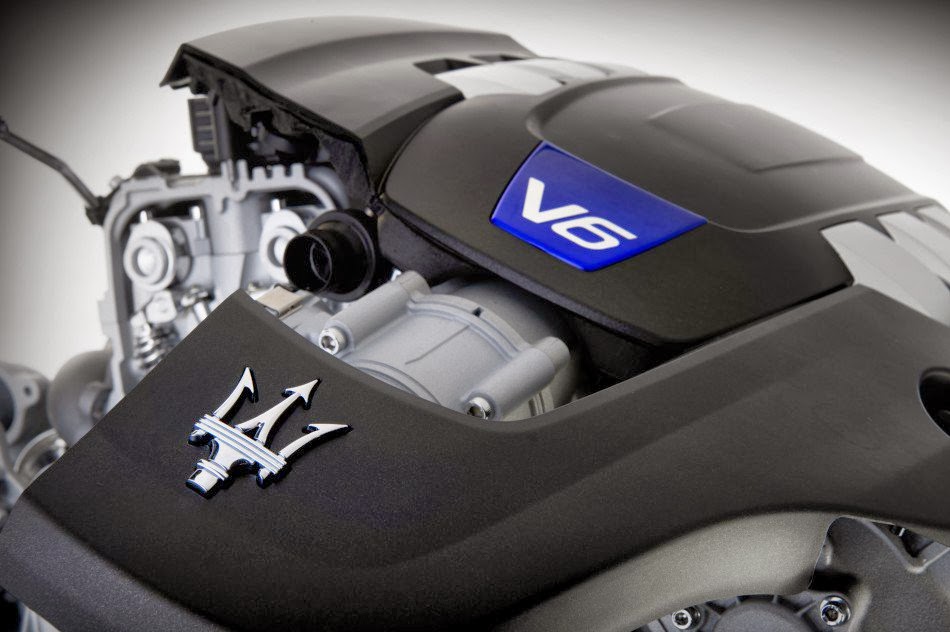 The Ghibli looks great, but then that is kind of expected from Maserati. The fact is that it looks even better than the Quattroporte, which is a stunning design in itself. It has some quintessentially Maserati features like the three vents on the side and the iconic grill. The interiors are flamboyant, with lots of leather, carbon fiber and ample space in the back. There are three engine choices (two petrol and one diesel); and all of them are turbo charged 3.0 ltr V6s. The baseline 3.0 ltr petrol twin-turbo V6 produces 330 BHP and 500 Nm of torque, reaching 100 km/h in just 5.6 seconds. The higher powered version produces 410 BHP and 550 Nm of torque, allowing the car to hit 100 km/h in just 5.0 seconds flat. Both these engines were made in partnership with Ferrari, and would be built in Maranello. The Ghibli Diesel sounds promising and is powered by a 3.0 ltr turbo charged V6, which produces 275 BHP and 600 Nm of torque. It accelerates from 0-100 km/h in 6.3 seconds, which is pretty brisk considering it’s a diesel. The CO2 output is less than 160g/km on the combined cycle and the efficiency is surprisingly good at 6.0 ltrs/100 km. 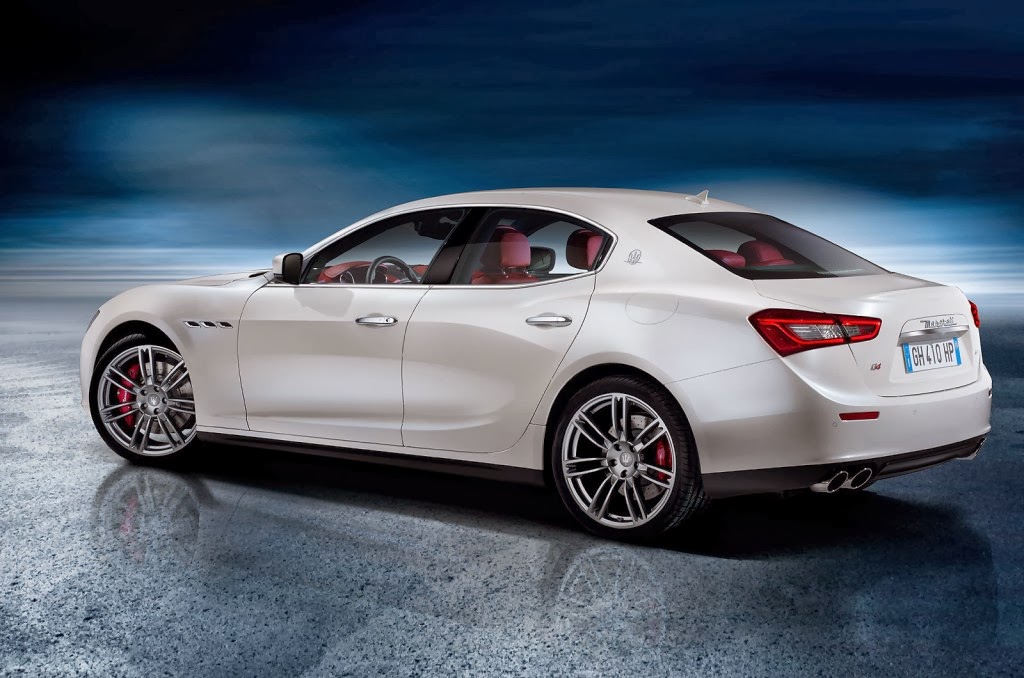 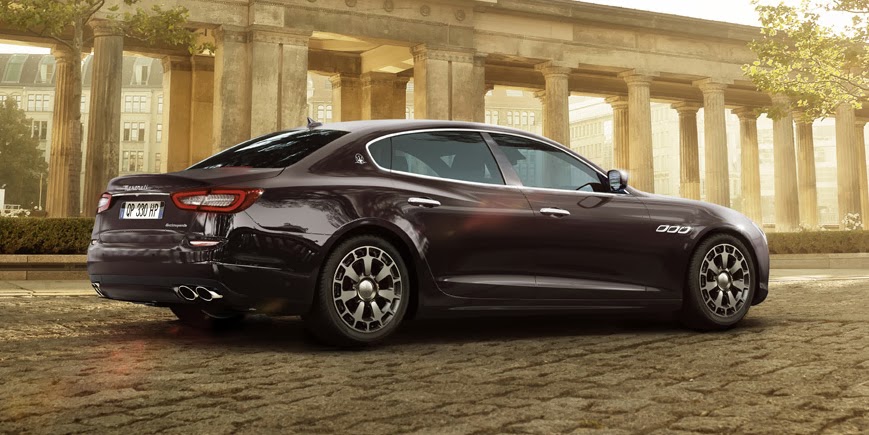 Maserati has introduced their Q4 all wheel drive system, but there is an option for rear wheel drive as well. They have gone to great lengths to ensure the Ghibli diesel still sounds good and have used an advanced system called the Maserati Active Sound system – where two sound actuators are fitted near the exhaust tail pipe to accentuate the engine note. Driving in the ‘Sport’ mode enhances it even further.

Maserati aims to sell 50,000 units per annum, and the launch of the Ghibli takes them one step closer to achieving that goal. If the Quattroporte is a Maserati for the family man, the Ghibli is for the family man who’s on a bit of a budget, but still wants the frills and thrills of a Maserati. It could do well in the Indian market, considering this is a fast growing segment in the metros. And if the efficiency is as good as the company claims, then it’s sure to be a hot seller.

The Ghibli is set to compete with the likes of the Mercedes E-Class, BMW 5 Series and Audi A6. To my mind, the only serious competitor would be the Jaguar XF, but I think Maserati has an edge. So the question is, would you like to own a Merc, Audi, BMW or a Maserati? It’s not really a tough choice, is it?