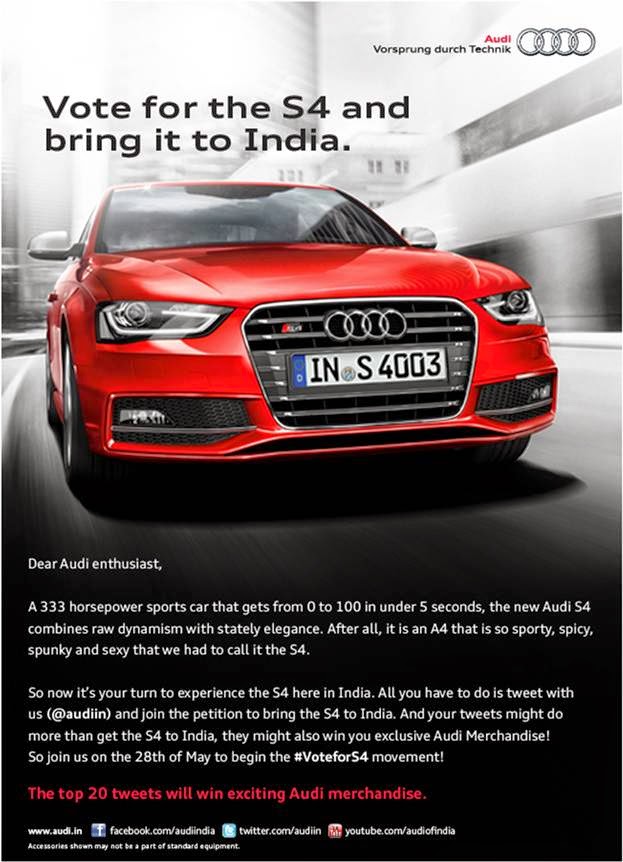 It all started when the refreshed A4 was launched in India a while back. Audi had organized a media event at the Buddh International Circuit, Noida and Karun Chandok was at the event, driving around the track in his own Audi S4. After hearing him praise the S4 for its dynamic abilities, fans wanted Audi to bring the S4 into India officially. Audi launched a social media campaign to assess the response and received a massive support on Facebook with up to 600,000 fans responding. And that was hard to ignore.

The S4 is essentially a sportier, harder version of the standard A4. The car is powered by a 3.0 V6 TFSI engine, that churns out 333 bhp and 440 Nm of torque. The car does 0 to 100 in 5 seconds, and goes on to a limited top speed of 250 km/h. The transmission is a standard 7-speed S Tronic which sends the power to all four wheel via Audi’s Quattro all wheel drive system. 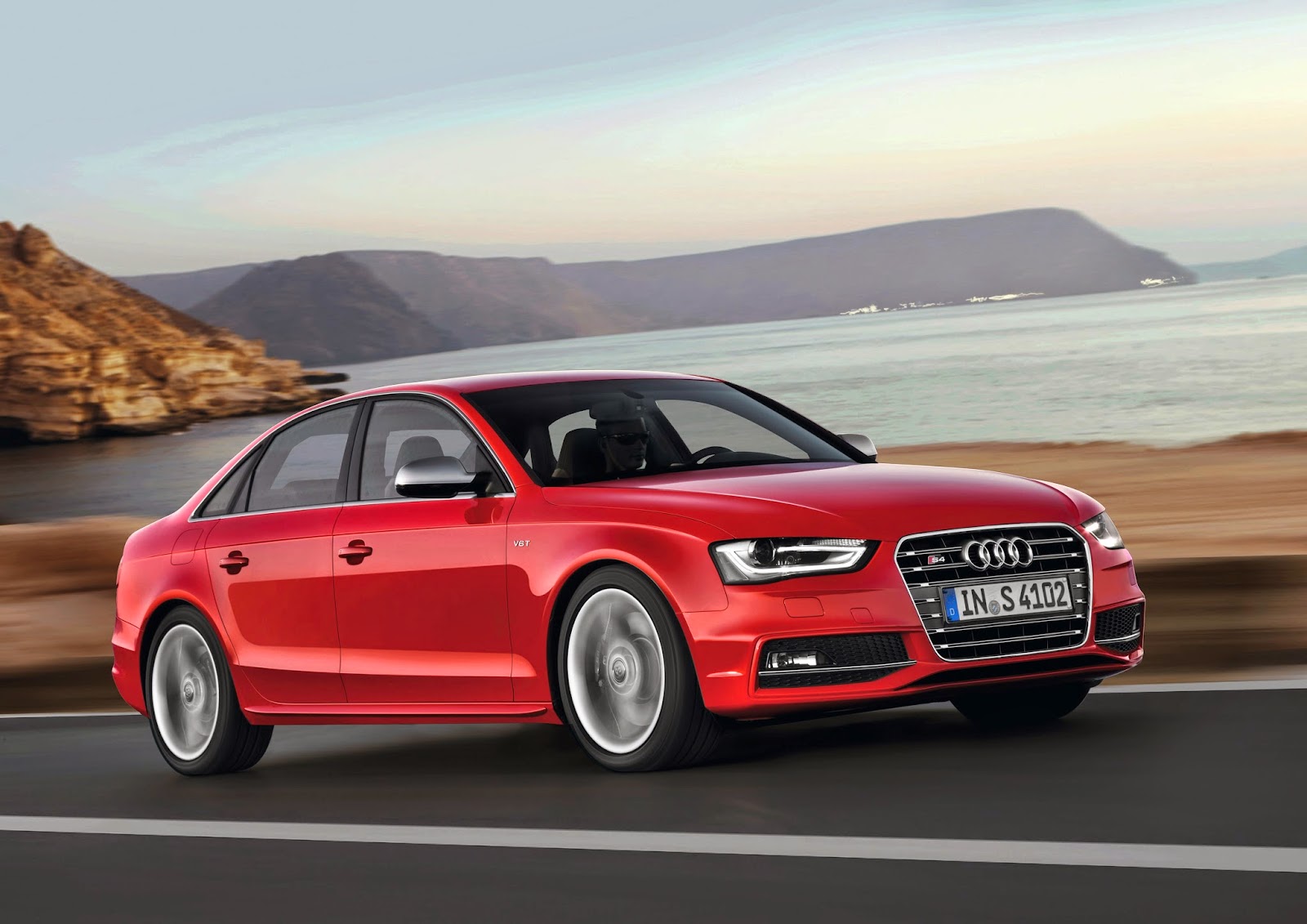 The S4 has some really hi tech features which greatly enhance the driving experience; like a self locking centre differential and torque vectoring systems. The Sport suspension lowers the ride height by 20 mm, and a high performance brake system provides powerful deceleration. The S4 manages a fuel efficiency of 10 km/l, and sits on a set of 18 inch rims. It is adorned with S badges all around, but apart from the extra garnish it looks pretty much the same as the standard A4. The interior is all exquisite leather and brushed aluminum that gives a classy yet sporty personality.

The S4 retails at about IRS. 4.5 million. Which isn’t too pricey considering it’s the same kind of money you’ll shell out for a BMW 5 series or a Mercedes E-Class, or Audi’s own A6. Sure, they are all very capable cars in their own right, but none of them would give you the same kind of rush that the S4 gives when you thump that pedal. So if you are a petrol head, its really a decision made from the heart rather than the mind. But take my word, the S4 is an almost perfect car. A sensible saloon during the week, and a complete hooligan when you are in the mood for some serious fun over the weekend. So go for it!