Vienna: The new BMW M3 and the new BMW 7 Series were featured on the red carpet alongside Tom Cruise, Simon Pegg, Rebecca Ferguson and director Christopher McQuarrie at the glittering world premiere of “Mission: Impossible – Rogue Nation” at the Vienna State Opera. 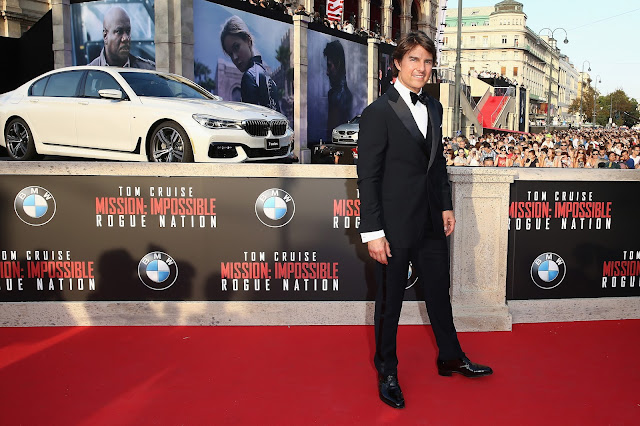 After an extremely successful partnership with “Mission: Impossible – Ghost Protocol” in 2011, BMW is once again the exclusive automotive partner for the latest film in the legendary action series from Paramount Pictures and Skydance. “Mission: Impossible – Rogue Nation” will arrive at cinemas in Germany on 06 August 2015. 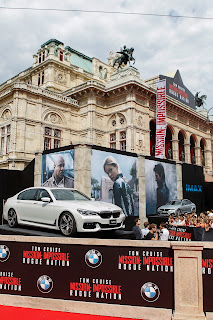 The vehicles featured in the film include the stylish new BMW 7 Series and the supremely powerful and sporty BMW M3, along with the BMW S 1000 RR, which takes part in some stunning vehicle stunts in Morocco. Also featured are the BMW X5 xDrive 40e, the first plug-in hybrid series production automobile of the core BMW brand, and the BMW 6 Series Convertible.

“It is great to see the outstanding results of our exciting cooperation with Mission: Impossible – Rogue Nation,” said Ian Robertson, Member of the Board of BMW AG, Sales and Marketing BMW. “Their dynamic performance, technological leadership and the unique BMW ConnectedDrive system render our BMW models the perfect vehicles for Ethan Hunt and his IMF team.”

Written & Directed by Christopher McQuarrie, story by Christopher McQuarrie and Drew Pearce, “Mission: Impossible – Rogue Nation” is based on the television series created by Bruce Geller. It is produced by Tom Cruise, J.J. Abrams, Bryan Burk, David Ellison, Dana Goldberg and Don Granger and Jake Myers is an executive producer.