New Delhi, 22 January 2014: Tata Motors today launched the T1 PRIMA TRUCK RACING CHAMPIONSHIP; bringing truck racing to India for the first time, which has been inscribed on the calendars of FIA (Federation Internationale de l’Automobile) and FMSCI (the Federation of Motor Sports Clubs of India). The Truck Racing Championship will be held on March 23, 2014, at the Budh International Circuit to give Indian audiences a grand spectacle of trucks competing against each other.

The championship will feature 12 Tata PRIMA trucks, built for the purpose. These will be divided among six teams, with participation from experienced international drivers. The T1 PRIMA TRUCK RACING CHAMPIONSHIP is being organised by (MMSCI), with safety and performance standards being followed as per (BTRA) British Truck Racing Association guidelines.

Tata Motors promises to add an exciting new dimension with this event to one of the largest trucking markets in the world, and connect the company’s passion for trucks to the larger Indian audience. 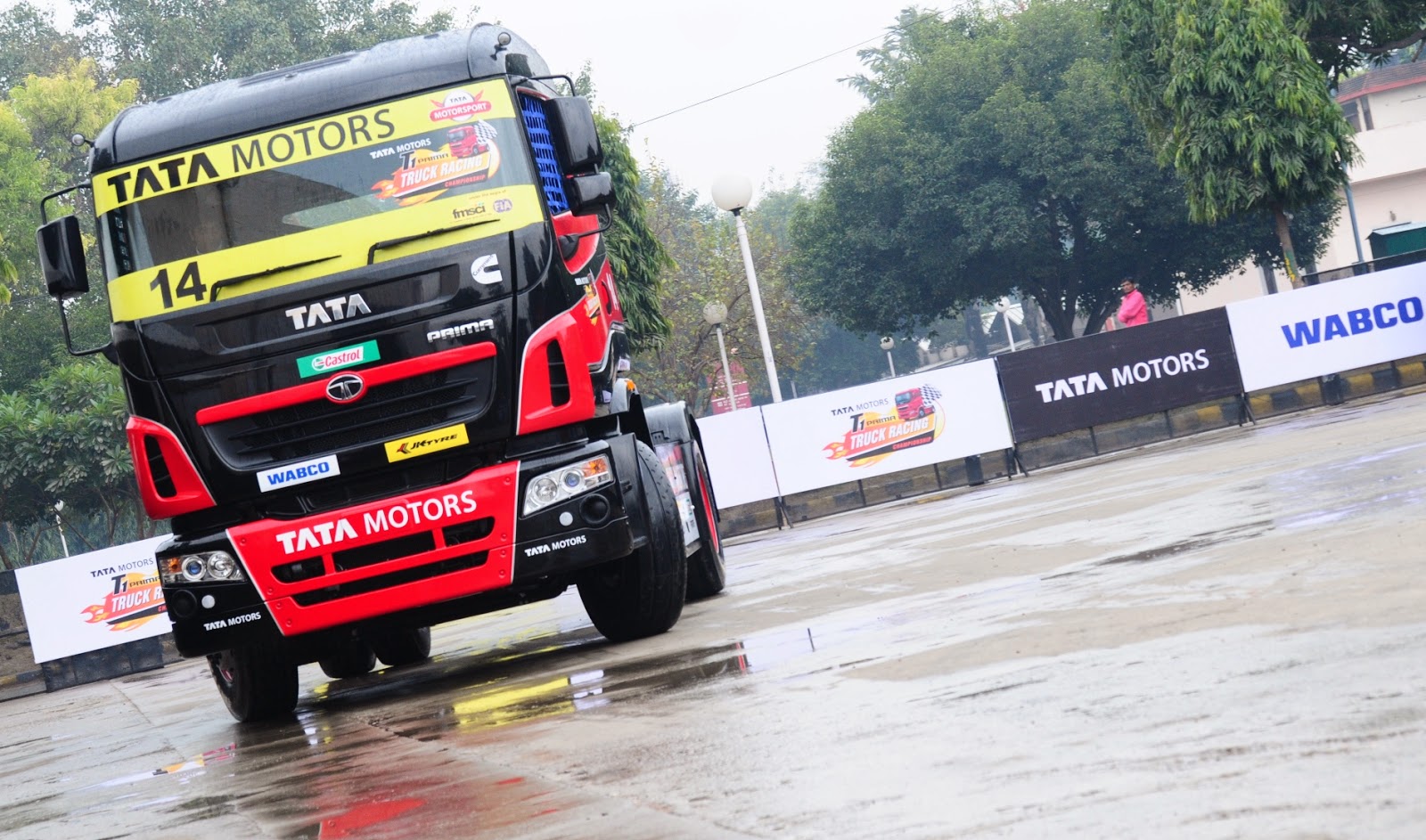 Tata Prima 4038.S will compete in the T1 PRIMA TRUCK RACING CHAMPIONSHIP 2014, with a massive power of 370 BHP @ 2100 RPM and a top speed of 110 Km/h. To make these Prima trucks fit for racing, 22 key modifications were made to meet a mix of safety and performance needs as per guidelines from British Truck Racing Association. These included significant changes in fuel tank, brake cooling system, propeller shaft guards, racing seats and safety belts, exhaust, steering wheel among others. The trucks have gone through multiple quality checks and also tested on the test circuit at Jamshedpur for high speed run and control.

Buddh International F1 Circuit, acclaimed to be the best race circuit in India, will host the inaugural T1 PRIMA TRUCK RACING CHAMPIONSHIP. On the Race day, there will be two races. The first one a qualifier race, followed by the main race, seeing a rolling start of big Tata Prima race trucks. A pool of internationally acclaimed drivers, with proven excellence in the field of Truck Racing like British Truck Racing championship and European Truck Racing championship, has been created for this mega event.

The T1 PRIMA TRUCK RACING CHAMPIONSHIP will also witness two-time British truck racing champion, Steve Horne. As one of the most celebrated, longest serving truck racing drivers, Steve Horne has been instrumental in multiple operational aspects of India’s first truck racing championship. This promises to be a historic event even from the FIA point of view who have been encouraging India to expand its footprint in motorsports globally.